For the 2015 season of Formula 1, Bernie Ecclestone has revealed that the Korean Grand Prix has been dropped and that it will be replaced by a Grand Prix in Azerbaijan. The F1 supremo ruled out a return to South Korea and said: "I don't want to go back there".

The race in Korea, was dropped this year after complaints were raised about poor facilities and low attendance at the track in Yeongam in the province of Jeollanam-do, about 400 kilometres away from Seoul. The race in Azerbaijan is set to take place on a street circuit in the heart of the country's capital city Baku. 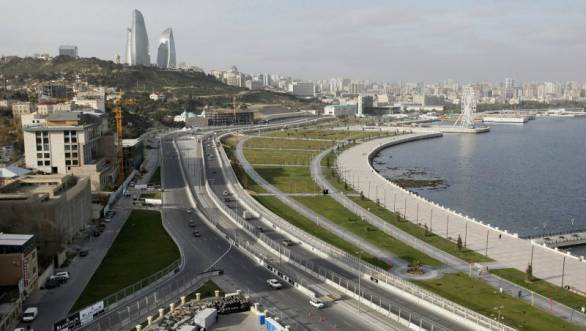 The city of Baku, with the Caspian Sea on the right, which is set to host a Formula 1 race in 2015

"Baku has been signed. It will start in 2015 and will replace Korea," Ecclestone told The Independent. "They did a good job with the track but what they forgot to do was build all the things they wanted to build".

The track in Korea, that is set to be replaced by Baku, is 5.6 km long and was built in the port town of Mokpo alongside a harbour promenade with the intention of it being lined with shops, restaurants and cafes along with offices and apartment complexes. These plans have failed to materialise since 2010 and the organisers struggled with the finances as the annual fee for merely hosting the race was a whopping £13 million.

While whether or not Azerbaijan will make it to the 2015 calendar haven't been confirmed, and details about the grand prix are still sketchy, the likelihood of it making it onto the calendar are fairly high. The race in the oil rich Soviet country is expected to raise an annual revenue of £24 million. And since 2012 Baku has been hosting the final race of the Blancpain Sprint Series where the likes of BMW, McLaren, Porsche, Ferrari and Lamborghini race.

Ex-Renault boss Flavio Briatore has been linked to the deal. "Briatore put the idea in the mind of the president of the country and that got things going," said a source. 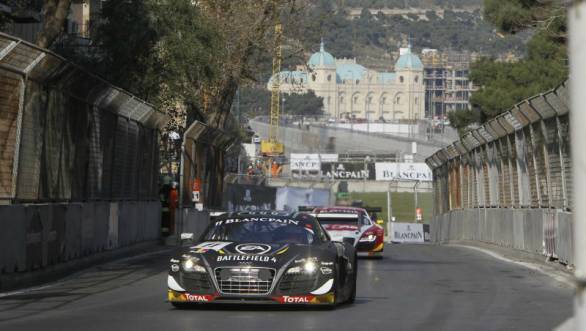