Ferrari's home race at Monza didn't go quite as planned, with poleman Kimi Raikkonen unable to translate his terrific performance on Saturday into victory on Sunday at the 2018 Italian Grand Prix. It was Lewis Hamilton of Mercedes who managed to take victory at Monza. This, despite a first lap incident with his rival for the 2018 championship - Sebastian Vettel. Hamilton would take victory having eventually passed Raikkonen with just nine laps left in the race to cross the chequered flag first. 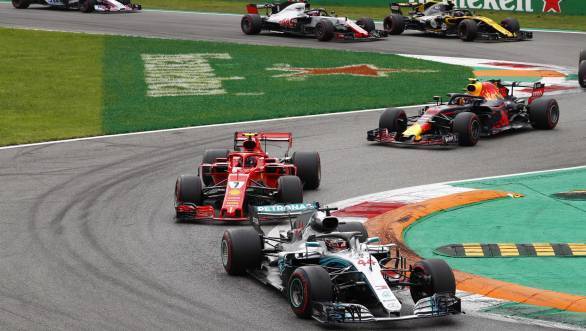 At the start of the race, Raikkonen, who set the fastest even lap in Formula 1 history with a time of 1min 19.119sec during qualifying (averaging 163.793 mph) managed to lead into the first corner. Behind him, an incident between Hamilton and Vettel at the second chicane resulted in contact. As Hamilton made a move on the outside to try and get second place, Vettel's front night tyre touched the side of the Mercedes, forcing him into a spin. The Ferrari driver then dropped to the tail end of the pack, with a damaged front wing. 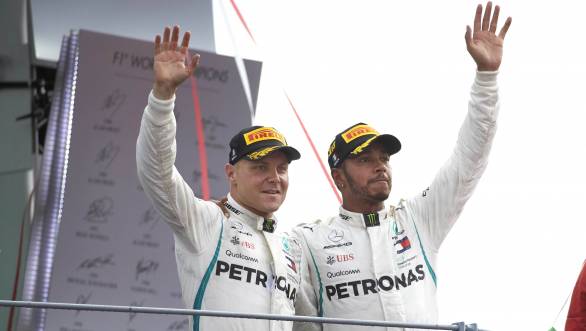 A Safety Car situation was necessitated by the fact that Brendan Hartley's stricken Toro Rosso needed to be cleared from the side of the track. Vettel used this opportunity to pit, after which he spent most of the remaining time in the race climbing back up the order. He would eventually cross the finish line fifth, but would be classified fourth after Red Bull's Max Verstappen was slapped with a penalty.

Hamilton managed to briefly get into the lead of the race on the fifth lap, but Raikkonen managed to take the lead back soon after. Raikkonen would then continue to lead the race till the 20th lap when he pitted for soft tyres. Despite the fact that Hamilton stayed out longer, attempting to put in fast laps and get the undercut on the Ferrari, it didn't quite work. Raikkonen himself put in some fast laps on new tyres and after Hamilton pitted on the 28th lap, he still managed to stay out ahead of the Mercedes. 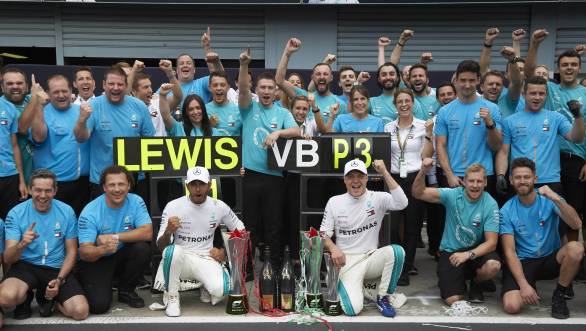 Mercedes, however, then made use of the "wingman" strategy, with Valtteri Bottas being instructed to hold up the chasing Ferrari. Being stuck behind the Mercedes meant Raikkonen's tyres began to blister, causing him to struggle a bit. Hamilton chipped away at the gap to Raikkonen and eventually when Mercedes brought Bottas into the pits, it was Hammy battling the Iceman for first place.

With 10 laps to go in the race, Hamilton was instructed to get his head down and make the most of the opportunity. Which is precisely what he did. There were nine laps left in the race when Hamilton managed to move into the lead, and then set about opening up the gap to the chasing Raikkonen. Unfortunately for Raikkonen, his tyres faded further, which meant he had to be content with second place. Hamilton crossed the chequered flag close to nine seconds ahead of the Ferrari giving him 25 points, furthering his lead in the championship standings. Bottas finished the race in third place.

Hamilton now has 256 points in the lead of the Driver's championship standings, while Vettel has 226 points, with Raikkonen third in the standings with 164 points. In the Constructor's championship, Mercedes leads the way with 415 points, with Ferrari second at 390 points, and Red Bull third with 248 points.