Lewis Hamilton took a fine win at the 2017 Japanese Grand Prix, clinching his eighth race victory of the season, and taking a huge step in the direction of the 2017 title. 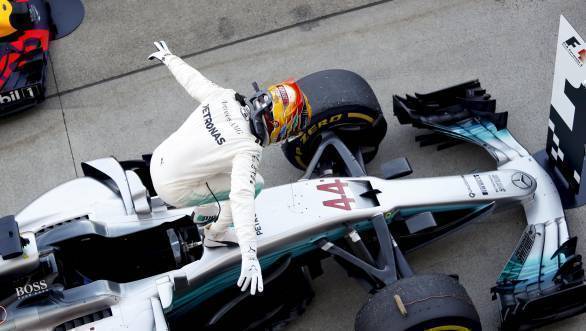 Hamilton's 59 point lead at the head of the championship standings came not only via the 25 points that he got after winning the race, but also because of the fact that his main title rival, Sebastian Vettel, suffered a DNF. It was a spark plug issue that caused the Ferrari SF70H to pack up on the first lap of the race. 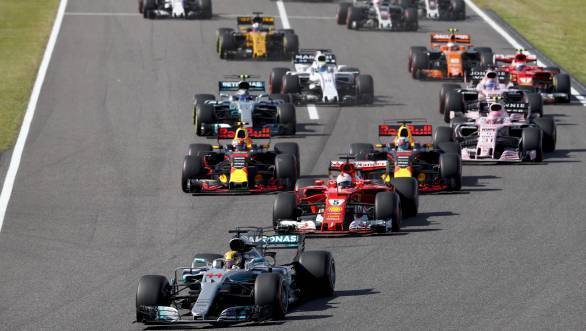 Hamilton leads the pack at the Japanese Grand Prix

Fifth place in the race went to Ferrari's Kimi Raikkonen, who had incurred a grid penalty, but recovered well to score points for the Scuderia. Force India's Esteban Ocon and Sergio Perez finished sixth and seventh, respectively. They were followed home by the Haas F1 cars of Kevin Magnussen and Romain Grosjean in eighth and ninth position, while Felipe Massa rounded off the top 10 for Williams.