The Ducati Streetfighter V4 is essentially a more civilised version of the Ducati Panigale V4 supersport sans the fairing and a flat handlebar, of course with the same engine but with a revised tuning and gearing to make it more friendly for everyday use, also to prioritise low end and mid-range performance over outright top speed on the Panigale V4. For 2020, Ducati has unveiled the updated version of the Streetfighter V4 and V4 S, which now comply with the stricter and cleaner Euro V emission norms. 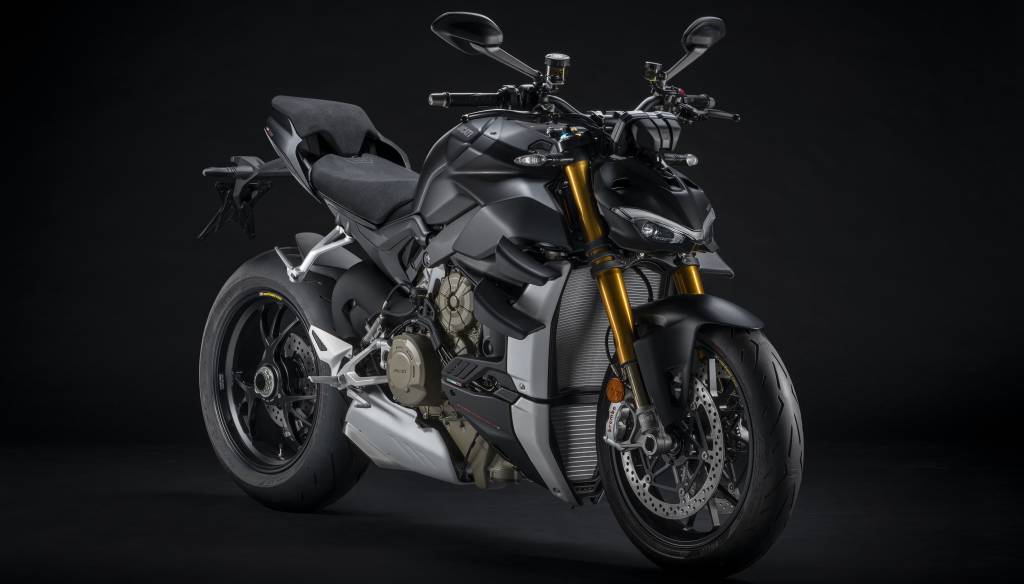 The 1,103cc Desmosedici Stradale V4 produces 208PS of power at 12,750rpm, 250rpm higher than the Euro 4 version and generates 123Nm of torque at 9,500 rpm (2,000rpm lower than the Euro 4 version). The latter is comparatively lesser than that of the Panigalve V4, however,  the shorter gearing helps the Streetfighter make more torque at the rear wheel. The rest of the engine details are identical to that of the Panigale V4, which includes the twin pulse firing order to make it sound like a V-twin along with a counter-rotating crank that helps for smoother performance and better acceleration. The power and torque figures have been left intact due to the new calibration and the new exhaust system mentions Ducati. To comply with the new European standard on polluting emissions, various modifications have been made to the Desmosedici Stradale exhaust line and to the engine calibration. 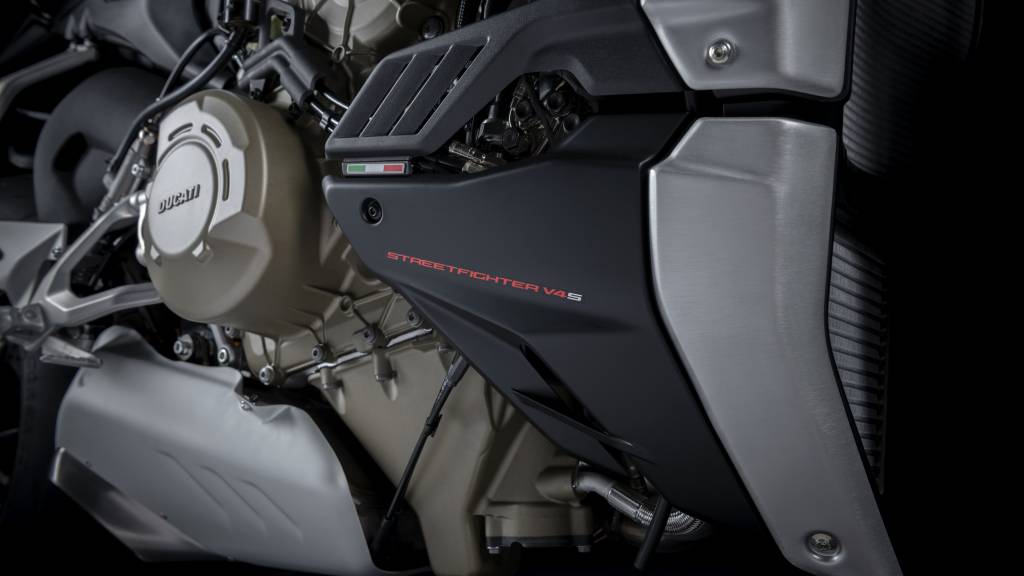 Ducati mentions, the silencer, unchanged from an aesthetic point of view, use larger catalysts (+10 mm in length) and with a new technology of impregnation of noble metals, essential for maximizing the ability to convert polluting gases. The lengths and dimensions of the exhaust primaries of the rear bank of cylinders have been optimized to minimize the ignition time of the catalytic converter while maintaining engine performance unchanged. Compared to the Euro 4 model, the manifolds of the rear bank have been shortened by 100 mm and reduced in diameter, going from 42 mm to 38 mm. The new component allowed the introduction of a more compact rear heat shield integrated into the body of the bike. 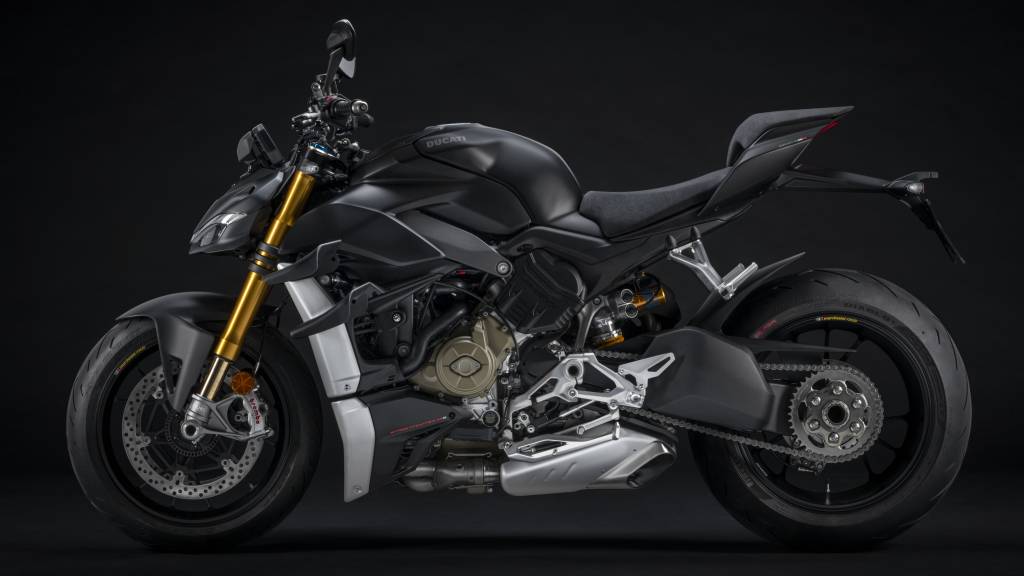 The underpinnings of the Streetfighter too remain similar where the engine is the primary stress member and doing the braking duties are the Brembo Stylemas. The V4 S also benefits from a more premium Ohlins setup. In terms of electronics, Ducati Streetfighter V4 features lean-sensitive traction control, ABS, anti-wheelie control, quick-shifter, launch control and engine braking control. While the design of the Streetfighter looks as menacing, Ducati has introduced a new Dark Stealth shade on the V4 S.