Ducati launches the XDiavel in India at Rs 15.87 lakh

Ducati India has launched the XDiavel in India at Rs 15.87 lakh (ex-Delhi). The sportsbike also comes with a top-end variant, XDiavel S, which is priced at Rs 18.47 lakh (ex-Delhi). Orders can be placed across Ducati dealerships in India and deliveries will commence shortly. 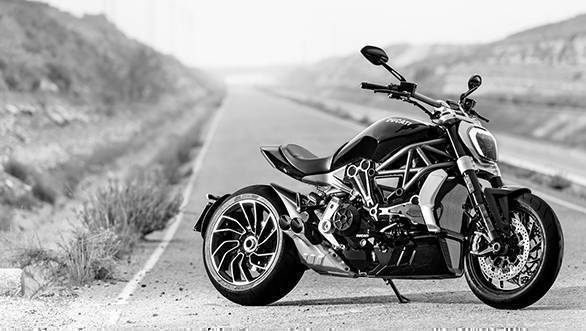 Unveiled at the 2015 EICMA in Milan, the XDiavel is based on the same platform as the current Diavel but with a more cruiser-biased approach.

It gets a larger 1,262cc motor Testastretta twin-cylinder engine that develops 156PS of power at 9,500rpm and 128.9Nm of torque at 5,000rpm. While the displacement is 64cc more than the regular Diavel's motor, the latter's engine develops more power and torque (160PS at 9,250rpm and 130Nm at 8,000rpm). The larger displacement has been achieved with a longer stroke of 71.5mm instead of 67.9mm. The longer stroke results in a calmer engine as more torque is generated at less rpm, making it suitable cruising over long distances. The engine features Ducati's Desmodromic valve system.

The XDiavel is calmer than its frantic sibling. The X in the name stands for the combination of "low-speed excitement, typical of a cruiser and the adrenaline rush of sports riding", says Ducati.

The XDiavel gets ride-by-wire and three riding modes: Urban, Sport and Touring. It also gets the Bosch Inertial Measurement Unit (IMU) which detects the bike's position and relays the information to the cornering ABS system.

The exterior changes are pretty significant, lending the XDiavel with its unique character. The flat headlight gets new DRLs. The anodised black forks upfront are 50mm Marzocchis. The rear monoshock is adjustable too.

The trellis frame is exposed and displays the new engine in all its glory. The rear alloy wheel is an attention magnet, thanks to its chrome highlights and the single-sided swing arm.

The XDiavel weighs 220kg, 10kg more than the Diavel. The XDiavel goes up against the Triumph Rocket III, Harley-Davidson VRod and the Yamaha VMax. Watch this space for a detailed road test of the XDiavel soon. 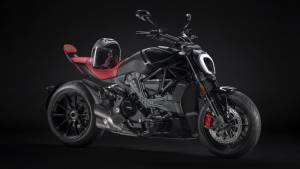 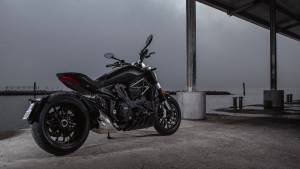