Defending champion, Aabhishek Mishra claimed his fourth win in the Desert Storm. This, after he dominated each leg of the event, with co-driver Srikanth Gowda by his side. The duo completed the event in 9 hours 21 minutes and 45 seconds, to claim victory. The 30-year old, from Jaipur, is now the third driver to defend his title at the Storm, with Sunny Sidhu and Suresh Rana being the other two. 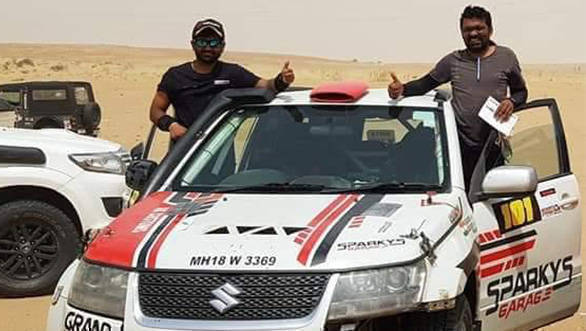 Victory in the Moto Category of the event went to Adrien Metge of TVS Racing. The French rider completed the event in 6 hours 13 minutes and 25 seconds. Victory in the event's Ndure Category went to Ankur Chauhan and co-driver Prakash M. 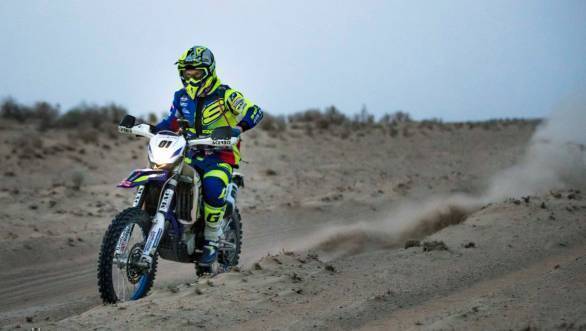 Speaking of his victory, Mishra, who piloted a Maruti Vitara at the event, said, "This is an incredibly special win for us. I have won the title in the four-wheel category four times and once in the motorbike category. But this year was the toughest due to the conditions as also because of the competition, which attracted all the top drivers, teams and manufacturers in the country." 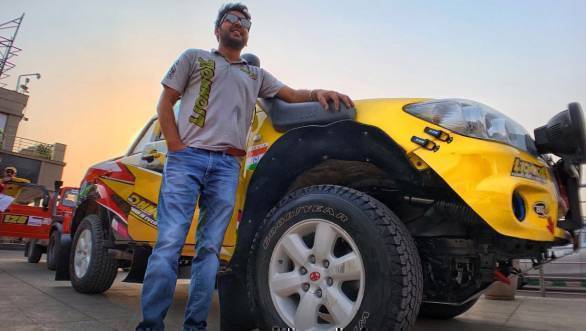 Second place at the 2019 Desert Storm went to Samrat Yadav 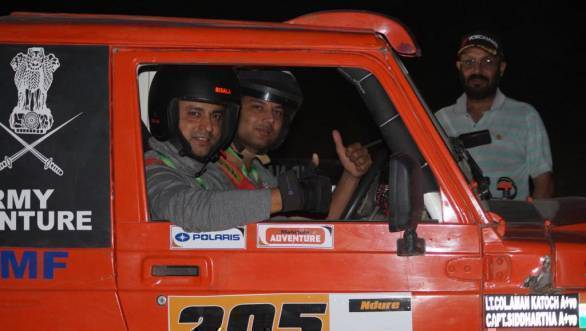 It was a successful return to competition for Team Army, with Capt AVS Gill and co-driver Diwakar Kalia claiming fourth place in the Xtreme Category. Aman Katoch and co-driver Siddhartha Nandal, Parth Bharadwaj and co-driver Mohit Bisht and Sanjay Jadon and co-driver Sahil Dua took the third, fourth and fifth places in the Ndure Category. Second place in the Moto category went to Hero MotoSports Team Rally's CS Santosh. The Indian rider, recovering from his crash at the Dakar earlier this year, took the challenge to Metge on multiple occasions. However, the second day of the rally proved to be his undoing, and he was unable to bridge the huge gap to Metge towards the closing stages of the rally. TVS Racing's Abdul Wahid Tanveer, who clocked a cumulative timing of 06hr 35min 28sec, took third place.

The Team Trophy in the Xtreme Category and the Ndure Category went to Team Army Adventure Wing. The Team Trophy in the Moto category went to TVS Racing. The Coupe des Dames (Best Female Contender) Awards were claimed by Khyati Mody in the Xtreme category, Aishwarya Pissay in the Moto category and to Capt Abhilasha Singh in the Ndure category.