The Datsun Go was recently in the eye of a major storm. Safety assessors Global New Car Assessment Programme (GNCAP) had highlighted the dismal performance of the Go in a head on crash test. The car did not have airbags and failed to score even a single star owing to its poor construction. The agency had in fact advised that the car be withdrawn from the Indian market since it was found to be structurally unstable.

In a response to the crash verdict, Datsun has now introduced a new variant of the Go hatchback. Called the T(O), the car will come with a driver's side airbag only. In addition, the company says that it has used a higher grade of sheet metal to construct the car which would offer better rigidity to the structure of the car. The T(O) variant costs an additional Rs 16,000 over the T variant. 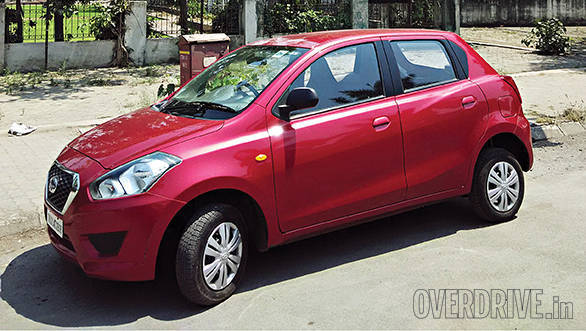 While we appreciate the steps that the company has taken to address the safety issue, we still wonder how a global brand like Nissan let a structurally unstable car hit showrooms in the first place. Maruti Suzuki's Swift also failed miserably in the GNCAP crash test and even its structure was deemed unstable. The largest carmaker in India has done nothing so far to address the safety concerns of the Swift and it simply highlights the callous attitude of carmakers in India when it comes to safety. The Swift that sells in the European markets scored better ratings by GNCAP so it's clearly not going to be difficult for the company to construct a safer car.