Carlos Sainz's win in Stage 5 of the 2020 Dakar Rally makes him the first person in cars to claim two stage wins this year. Sainz also won Stage 3 of the rally, which is when he first moved to the head of the overall standings in 2020. 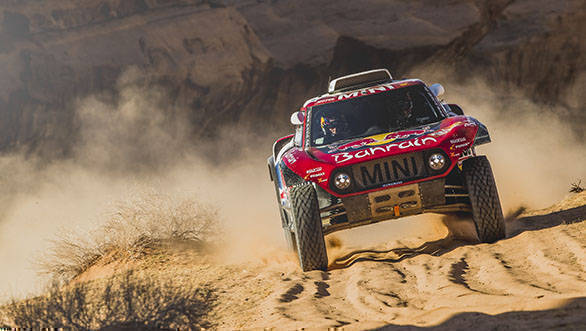 It wasn't an entirely easy day of rallying in the desert for Sainz, who is a two-time Dakar winner. His X-Raid Mini Buggy suffered a slow puncture early on in the stage, due to which he lost two and a half minutes within the first 50km. However, Sainz recovered well and took the lead around the 250km mark. He then managed to pull away from Toyota Gazoo Racing's Nasser Al-Attiyah, ending the stage 2min 56sec ahead of him. Third place at the end of Stage 5 was Stephane "Mr. Dakar" Peterhansel, who took victory in Stage 4. It was a tough day for the French driver, who lost six minutes due to a puncture. 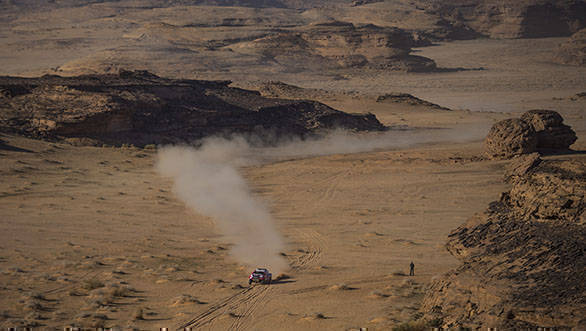 While Sainz continues in the overall lead of the 2020 Dakar, he is only 5min 59sec ahead of three-time Dakar winner Al-Attiyah. Peterhansel is third in the overall classification, almost 18 minutes behind Sainz. Toyota Gazoo Racing driver, and two-time Formula 1 world champion, Fernando Alonso had his second trip to the top 10, with a seventh place finish in Stage 5. Alonso is ranked 18th overall after five stages in the rally, and is the highest-placed rookie driver. 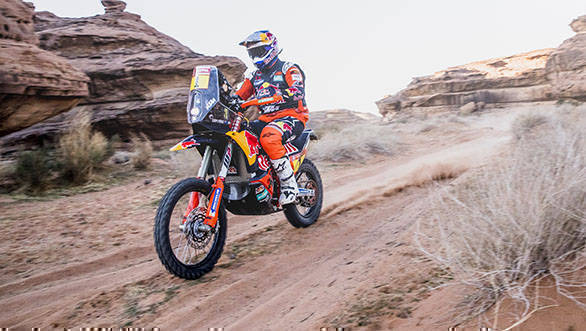 In the motorcycle category, it was Toby Price who stormed to Stage 5 victory, becoming the first rider to take a double win in the 2020 Dakar. Price took the lead at the very beginning of the stage, and was fastest all through the rally. He was helped by the fact that his Red Bull KTM team-mate Sam Sunderland, who had kept him honest during the early part of the stage, crashed out. Unfortunately this proved to be the end of Sunderland's 2020 Dakar journey, as an injured back and left shoulder rule him out of the competition. 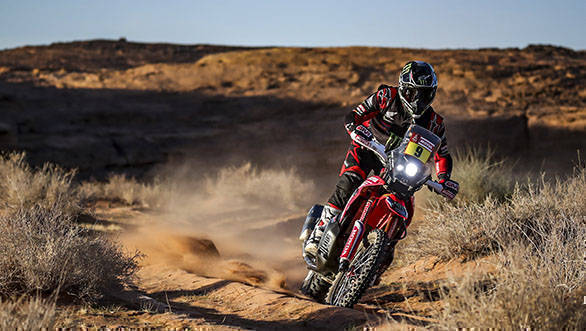 Finishing second in Stage 5 was Husqvarna rider Pablo Quintanilla, while third place in the stage went to his team-mate Andrew Short. Monster Energy Honda's Ricky Brabec finished fourth in the stage, but managed to extend his overall lead in the rally. Price trails him by a little over nine minutes, with Kevin Benavides of Monster Energy Honda in third. 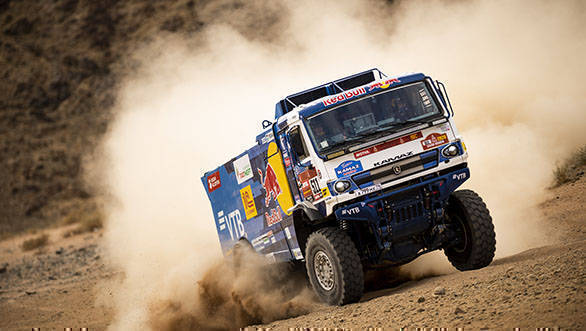 In the truck category, the stage win went to Dmitry Sotnikov, while his Kamaz Master team-mate Andrey Karginov continues to lead the overall standings. SMX Racing's Romain Dutu took his first stage win in the Quad class, while Ignacio Casale continues in the overall lead. Cyril Despres, now in the Dakar Experience class after failing to complete Stage 3 of the rally, took the win in the SxS class, ahead of Aron Domzala, while Sergei Kariakin leads overall. Emanuel Gyenes continues to dominate the Originals by Motul (formerly Malle Moto) class, winning the stage and continuing to lead overall.