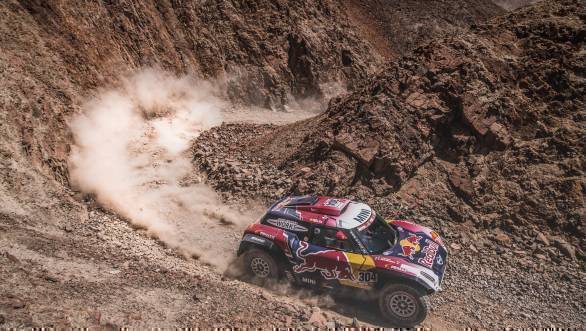 Victory in Stage 7 went to Stephane Peterhansel, who was closely pursued by Nani Roma. Roma had to stay content with second in the stage, 4min 33sec behind the X-Raid Mini buggy of Mr Dakar. Peterhansel's X-Raid Mini JCW team-mate Carlos Sainz was third in the stage.

It was disaster for Stage 6 winner Sebastien Loeb, who lost around half an hour early on in the stage due to electrical issues. Despite the fact that Loeb drove well the rest of the stage, it was only good enough for 11th in the stage. Nasser-Al Attiyah ended the stage fourth. 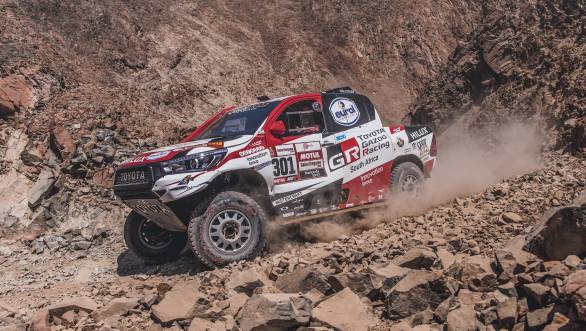 In the Moto class of the event, Sam Sunderland managed to win Stage 7, successfully recovering from the troubles he faced on Stage 6 where issues with his rear brake left him 23 minutes adrift of the leader. Sunderland, who won the 2017 Dakar, did well to move into the lead of the stage after the third waypoint. Second in the stage went to Jose Ignacio Cornejo Florimo, only a minute and 51 seconds behind the stage leader. Third in the stage was his Honda team-mate Ricky Brabec. 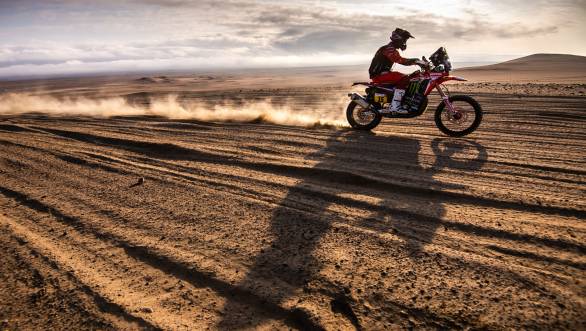 Ricky Brabec currently leads the 2019 Dakar in the Moto class

Brabec moved back into the overall lead of the 2019 Dakar Rally, with Pablo Quintanilla struggling astride his Husqvarna all through the stage. Yamaha's Adrien Van Beveren is currently ranked second overall in the Moto class, while Toby Price is currently ranked third overall.