Dakar 2019: Nasser Al-Attiyah and Pablo Quintanilla on top after a tumultuous Stage 3

The third stage of Dakar 2019 saw a number of ups and downs in the Cars category. Stage 2 winner Sebastien Loeb suffered a bad run and lost 48 minutes to stage winner Stephane Peterhansel. But the biggest setback was for defending champion Carlos Sainz, whose X-Raid MINI broke its front-left suspension 39 km into the stage. He lost 3h and 15 mins due to this. 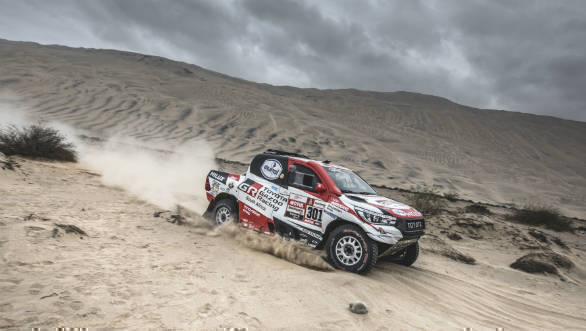 The spate of incidents showed in the overall classifications. Nasser Al-Attiyah/Mathieu Baumel now lead the Cars category with a time of 8h 34m 08s. Yazeed Al-Rajhi/Timo Gottschalk finished 6m 48s behind in second while Peterhansel jumped from 13th to third, 7m 03s adrift.

This churn carried over in the Moto classification as well. Last stage's leader Joan Barreda was forced out of the rally when he got stuck 143 km into Stage 3. Matthias Walkner KTM's defending champion and Barreda's Honda teammate both lost their way in Stage 3 and ended up over 20m behind.

Consequently, Xavier de Soultrait of Yamaha won the stage, a mere 15s ahead of Husqvarna's Pablo Quintanilla. 2m 37s behind was Honda's Kevin Benavides. This showing pushed Quintanilla to the top of the overall standings with a combined 8h 34m 28s timing. He was followed by Kevin Benavides and Sam Sunderland, both from Honda and 11m 23s and 12m 12s behind respectively. 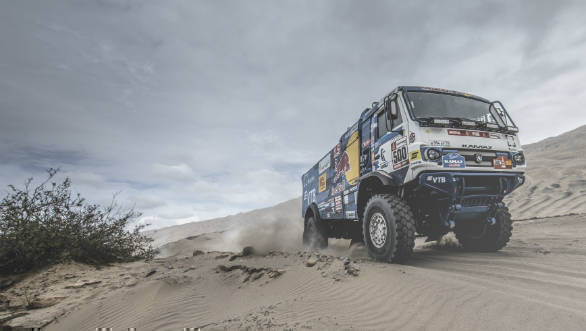