Toby Price's first stage win at the 2018 Dakar Rally has been a long time coming. However, he managed it on the 11th stage of the event, while overall leader Matthias Walkner took it easy. 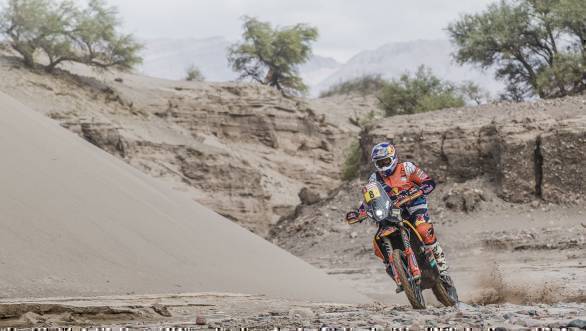 Price led at every single waypoint between Belen and Fiambala, ending the stage a minute and a half ahead of nearest rival Kevin Benavides. His performance has promoted him to third in the overall classification, behind Walkner and Benavides. Joan Barreda Bort, who was Walkner's closest rival, called it quits on Stage 11, choosing to retire from the 2018 Dakar due to fatigue and exacerbating injuries. 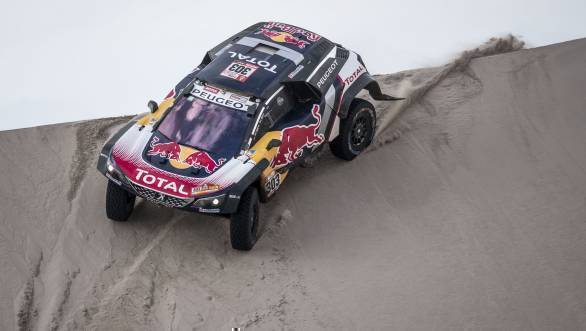 Bernhard Ten Brinke claimed Stage 11 victory in the cars category, with the Dutchman setting the pace almost all through the day. Finishing second was Peugeot's Cyril Despres. However, the order at the head of the overall standings remained unchanged, with Carlos Sainz topping the time sheets, and Peugeot team-mate Stephane Peterhansel finishing second overall.

Meanwhile in the truck category, Federico Villagra ended up moving into the lead, getting the jump on Eduard Nikolaev who has held the overall lead thus far in the rally. In the quad category, Ignacio Casale still holds onto the overall lead. While Reinaldo Varela is the overall leader in the SxS class.