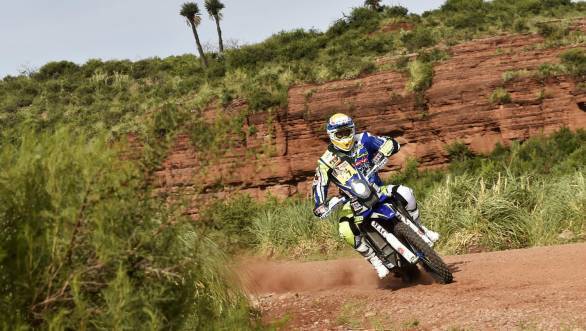 Sherco TVS appears to be having a rather consistent run in the 2016 Dakar Rally. On Stage 6 of the event, held in Uyuni, Bolivia, it was rider Juan Garcia Pedrero who made an impact. Pedrero finished the stage 12th, 11min 10sec behind Stage winner, Toby Price.

Alain Duclos, Pedrero's team-mate, who has led Sherco TVS's Dakar assault so far, could only finish the stage 15th, with a timing that was 13min 42sec behind the stage leader. Team-mate Florent Vayssade ended the stage 52nd, 1hr 9min behind the faster rider of the day.

In the overall standings, Duclos still continues to hold 10th position, although team-mate Pedrero is fast catching up and is now placed 11th overall. Vayssade is currently ranked 38th overall in the motorcycle class.