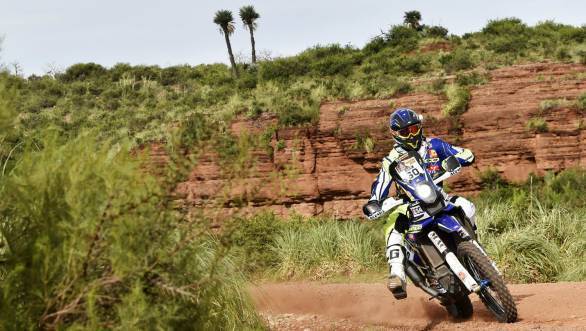 Florent Vayssade is currently 31st overall for Sherco TVS, while his team-mate Duclos is 10th after Stage 4

Sherco TVS has had a steady run in the 2016 edition of the Dakar thus far. And the team appears to be going from strength to strength. After both Florent Vayssade and Juan Garcia Fedrero were slapped with time penalties on Stage 3 of the event, things went better during Stage 4 of the event.

Alain Duclos, who has been leading the charge for the team finished the 429km long Jujuy to Jujuy stage 22nd. This result means that Duclos is currently 10th overall in the standings.

His team-mate Juan Garcia Pedrero finished Stage 4 20th, which puts him 15th overall in the motorcycle class. Florent Vayssade completed Stage 4 in 38th place, which means he is currently 31st overall in the standings.