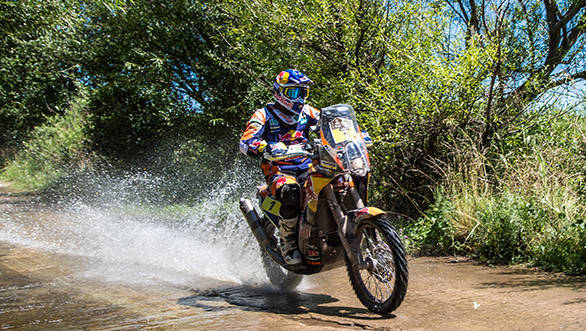 Things ended a little earlier than expected on the final day of Dakar 2015 with the final stage being cut short due to rain and some really slippery conditions. Marc Coma won the motorcycle category on his KTM 450, 16 minutes ahead of Paulo Goncalves on a Honda in second with Toby Price finishing a further 6 minutes behind on another KTM. This is Coma's fifth win.

The car category was won by Nasser Al-Attiyah in his All4 Racing Mini, finishing a comfortable 35 minutes ahead of De Villiers in the Toyota Hilux in second. The other All4 Racing Mini of Krzysztof Holowczyc clinched third place on the podium. This is Nasser's second overall win his last being in 2011. 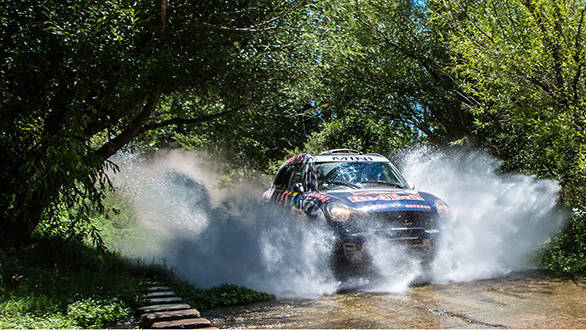 In the quad category Rafal Sonik won his first title ahead of Jeremias Gonzalez Ferioli in second, both on Yamahas and Walter Nosiglia in third on a Honda quad. Rafal has finished twice on the podium in the past but this is his first win.

Airat Mardeev won in his Kamaz truck followed by Eduard Nikolaev in second and Andrey Karginov in third also in Kamaz trucks making it an all Russian and Kamaz podium. 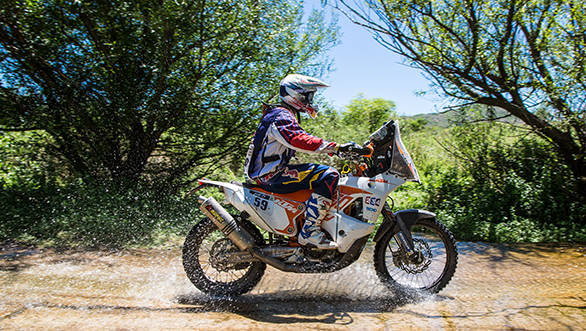 CS Santosh on the way to his completing Dakar 2015

India's CS Santosh managed to achieve his dream of finishing his first event crossing the finish line in a commendable 36th overall on his Kini Red Bull KTM. All this despite almost being washed away by a river and fracturing a toe on his journey to this finish line.