We are in the middle of unprecedented times and that made us realise that we all are in this together. The second wave of the novel Coronavirus brought the massive scarcity of oxygen cylinders and hospital beds. Our automotive industry supported in many ways by donating oxygen concentrators, masks and funds to fight the deadly virus. Maruti Suzuki has been actively doing the needful by providing essentials to the hospitals. Earlier, Maruti Suzuki tied up with three oxygen generator plants and boosted their output by 10 times. Maruti Suzuki has now set up four oxygen PSA generators in three government hospitals of Haryana. 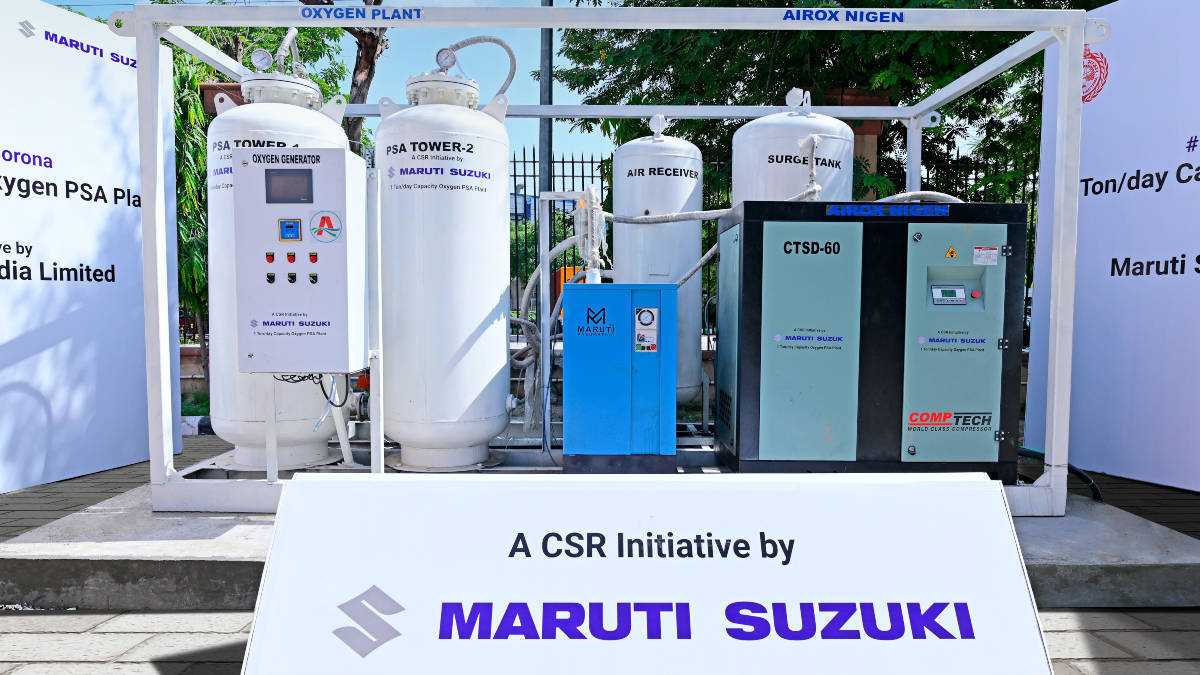 To ensure the proper deployment and setup of these oxygen generators, Maruti Suzuki has deployed a team with round the clock monitoring for the proper functioning of the generator plants. At the time of the inauguration, CM Mohan Lal said, "We recognize Maruti Suzuki's critical role of being an economic booster to the growth and development of the state of Haryana. Whenever the need has arisen, Maruti Suzuki has always been the first company to reach out with adequate help and assistance. In the first wave, they were the first ones to come forward with much-needed ventilators in the state. In the second wave, we witnessed a massive shortfall of oxygen supply. Here I appreciate Maruti Suzuki's approach of helping the small scale enterprises ramp up their production to meet the requirements of oxygen PSA generator plants in the country. It is an appropriate solution to all the logistics challenges we faced in arranging medical oxygen. We aspire that every district hospital in the state is equipped with an oxygen PSA Generator plant before the onset of the dreaded third wave. We thank Maruti Suzuki for their timely intervention and support in installing these four oxygen PSA Generator plants in Gurugram and look forward to continued support in future."

More details leaked ahead of the launch of...
Advertisement