Recently we had the shameful twin terrorist attacks in France. Several reports say that after attacking the Charlie Hebdo office, the two terrorist brothers subsequently escaped from the police in a high speed car chase. Yes, the terrorists snatched a grey Peugeot 206 from a woman and fled. The police tracked them to the north east of Paris and a high speed chase took place in which shots were fired too. The terrorists managed to evade the police and later abandoned the car and fled on foot. After that the French Special Forces discovered their hideout in Damatin-en Goele and killed both terrorists and also rescued a hostage.

As an automotive person, what I find alarming is that the terrorists managed to escape in the car chase. The police in advanced countries like France are specially trained for pursuit driving. They are taught how to intercept a vehicle, how to bang into it and make it spin and stop. They also learn how to take sharp turns, how to corner and drive at high speeds and how to operate wireless radios, weapons and other equipment while in pursuit of an outlaw fleeing in said vehicle. Despite this, the terrorists managed to evade them in the car chase.

So what about a country like ours that has also borne the brunt of many terror attacks  one of the major ones to hit our country in recent times was the 26/11 episode in Mumbai. During that attack, Ajmal Kasab and his accomplice Abu Dera Ismail shot at a Toyota Qualis police vehicle and killed the head of the Mumbai Anti-Terrorist Squad Hemant Karkare and other well known policemen like Vijay Salaskar and Ashok Kamte. Three constables were also killed. Kasab and Khan pulled the bodies out and then drove in the Toyota Qualis towards Metro Cinema where they fired at some people. They then went to Vidhan Bhavan where they fired more shots. Nobody chased them. Near Vidhan Bhavan the Qualis had a flat tyre, in all likelihood due to the bullets fired by the terrorists earlier. Our police are yet to confirm this. 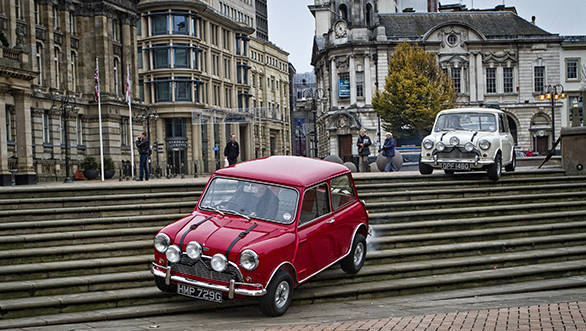 After abandoning the Qualis, the terrorists stopped a Skoda Octavia and snatching it from its occupants drove to Chowpatty where the police had setup a road block. The terrorists saw the road block and stopped and tried to turn the car around, but could not. The police say the car kept jerking and moving forward. I am going to stick my neck out and say that, in my opinion, they were trying to engage reverse but could not as they were not familiar with the Skoda's gear shifting pattern. To select reverse you need to push down the gear lever and then move the lever to the left of first gear. It's my guess that the terrorist driving the Skoda was not pushing the lever down and that's why he kept selecting first due to which the car would move ahead. The police fired at the car and the terrorists returned fire and in the shootout, Ismail Khan was killed and assistant sub-inspector Tukaram Omble also sacrificed his life by holding on to Kasab's AK-47. As a result, Kasab was the only terrorist involved in 26/11 to be captured alive.

Given the times we live in, more terrorist attacks on our country cannot be ruled out. The authorities say our police and other forces like NSG (National Security Guards) are better prepared than before. I pray for all our sakes that this is true. But one area in which I think they are not at all prepared is pursuit driving. If you scan newspaper reports from all over India, you will find the maximum numbers of chain snatching cases are carried out by people on motorcycles. They mostly get away and are rarely caught due to their speedy mode of escape. Another thing that's happened in almost all big cities is that we now have bike gangs who hit the streets at night and race on our roads. They break every possible traffic law and if and when the police try and catch these lawless bikers, most manage to escape. Simply because they ride so well and know how to manoeuvre their bikes through the narrowest of gaps at high speeds. If required, they go onto the wrong side of the road and ride against oncoming traffic or go over road dividers, pavements, etc. In Mumbai there have been instances when they have even rammed their motorcycles into cops and successfully escaped. In fact Bollywood has also noticed this trend and the result is films like Dhoom and its sequels that go on to be blockbusters here. And all of these show the villains riding fast and escaping.

I spoke to a few policemen and off the record, they admitted their helplessness in catching or apprehending these bikers. One of them even said that they no longer even to take it seriously enough. This is really very scary. What if tomorrow we have a couple of terrorists go around with skilled riders on fast bikes. They could create mayhem with nobody to pursue or catch them. I think it's high time our security forces woke up to this threat and did something about it. I am sure the team at OD and especially Shumi, our magic man on two wheels, would be happy to run training camps to help. But will this happen? I think we all know the answer. 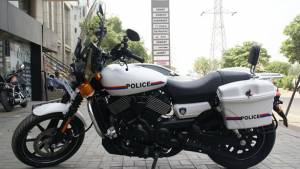