The California Superbike School (CSS) has just released its 2016 dates. CSS is headed in India by Siddarth Trivellore, director Vidiem and one of the OVERDRIVE Jury members for our annual automotive awards. The school will host two sessions this year. Both will be three-days long and cost Rs 66,000. Registration is now open at www.superbikeschoolindia.com and we suggest you rush because the school usually sells out its seats very rapidly. The first session is February 5, 6 and 7, 2016 and the second session will be February 12, 13 and 14, 2016. 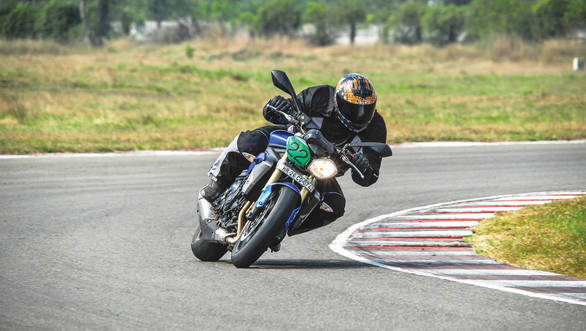 The California Superbike School is the best place to learn how to go from almost upright to fairly leaned over - and much more. So much more

Just so we are clear, CSS is not a racing school, like K Rajini's RACR or Apex Racing's school. It is a riding school, like our own school - TWO and therefore you're welcome to ride any bike you like.

As usual, each three-day session will cover a phenomenal amount of ground and is divided into levels. Day one is Level One, where riders focus on getting the basics right - throttle control mostly - a few other skills. CSS rotates between theory session and on-track practice sessions. CSS also ensures that there are just three students per instructor which ensures that your performance is closely monitored and feedback is both rich and accurate. Day two builds on these skills and works on vision related components aimed at smoothening your riding so that you can go faster. The final day focusses on more physical things like how you sit on the bike.

Most importantly, be warned. CSS is excellent at what it does and the racetrack is an addictive environment. Prepare to go fast and become safe. But you might end up addicted to the racetrack. Don't ask how we know.

Also see:
Attending the 2015 edition of the California Superbike School in India