OVERDRIVE has spied the BYD Han EV at the BYD facility near Chennai. BYD in India has so far had a presence in the commercial EV space in India, but the presence of this car at the facility could mean that BYD may have some big plans for the Indian market. This could mean a debut for BYD, the world's second-largest EV maker, in the Indian passenger car market or could well be just a test prototype brought in for testing in our varied climatic and road conditions, which has been a trend among global carmakers.

The BYD Han is the global flagship for BYD's EV range and competes with EVs like the Tesla Model 3. The BYD Han uses a 76.9 kWh LFP Blade battery, the company's proprietary battery technology that uses a staggered and segmented cell structure for improved energy density, damage protection and thermal efficiency. In the Han EV, this is good for an impressive 605 km of NEDC range in its FWD single-motor form. 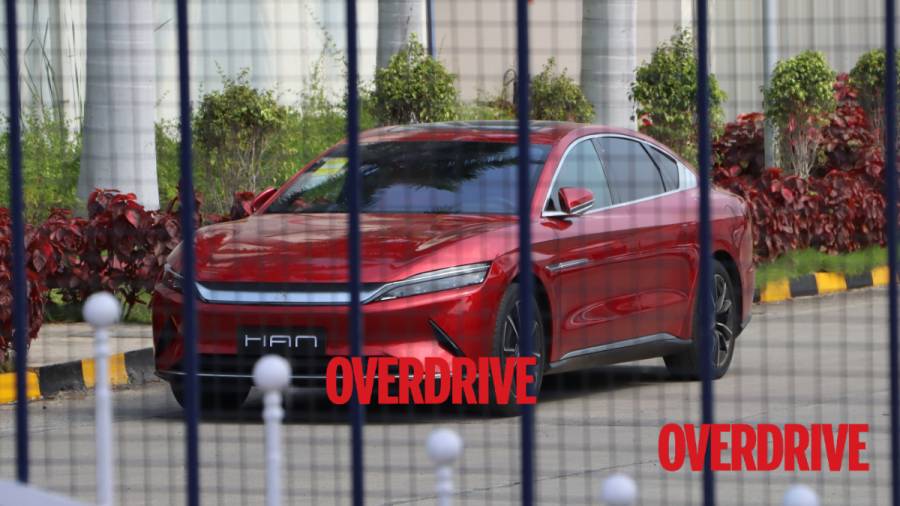 The Han is also an outright performance sedan, good for a 0 to 100 kmph time of 3.9s when fitted with the dual-motor AWD setup. The front motor makes 221PS and the rear 272PS. The Han EV also uses a silicon carbide MOSFET power electronics setup which optimises efficiency as well as performance. In global markets, the BYD Han EV is also very well-equipped. It gets a full suite of Level 3 autonomous driving tech, 11 airbags, NFC operated mobile key, Nappa leather upholstery, wood and aluminium interior trim, a 1.5.6-inch 8-core rotatable touchscreen with voice assistance and OTA updates.

There is no word yet on BYD's plans for the Indian passenger car market or if the Han EV will be considered for an Indian launch. The company currently sells the BYD e6 electric MPV to fleet buyers across a network of eight dealerships.

Electric vehicle sales have grown over 2.5 times in the past year in India and demand still outstrips supply with EVs still in a nascent stage and rising fuel prices making this form of mobility more attractive than ever to consumers, electric vehicles sales growth rates could well sustain for some time to come in India. This should make the Indian market the one to watch in the global EV market. 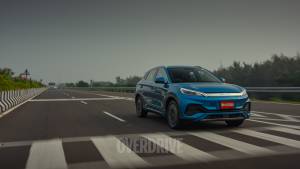 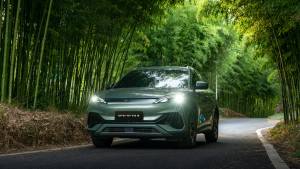 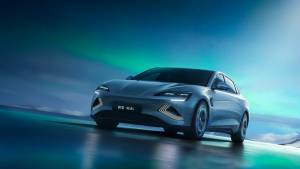