Team OVERDRIVE earlier reported that BMW X7 luxury SUV has landed in India for homologation purpose. This time around, images surfacing the internet hint that a unit has been dispatched for customer preview of the BMW X7 SUV which could translate in a sooner than expected launch. The prices for the new BMW X7 are expected to be around Rs 1.25 crore mark ex-showroom and the SUV will directly rival the New Mercedes-Benz GLS. 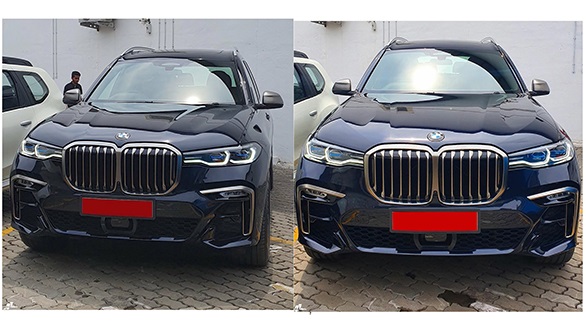 The BMW X7 gets the signature kidney grille up front and with all-LED headlamp units. The bumper is chiselled to offer an aggressive appearance and the side silhouette of the SUV tells that it has three rows in the cabin. The X7 is over five metres long and tips the scale at 2.3 tonnes. The platform is shared by the younger sibling of the family - the X5, however, the X7 gets a stretched version of the same. 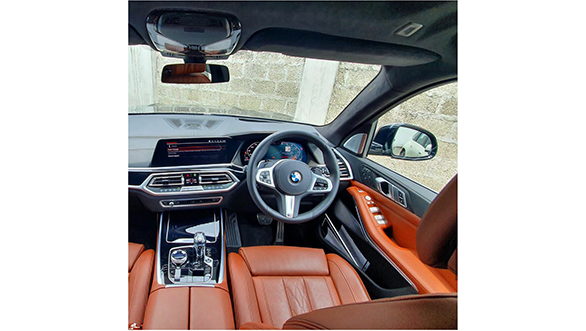 The cabin has been equipped with two 12.3-inch screens - one displays the instrument cluster while the other is the infotainment screen which can be operated by gesture controls. The cabin gets two firewalls with sound absorbing materials sandwiched in between. 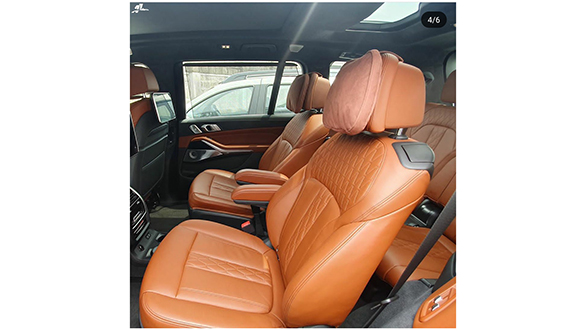 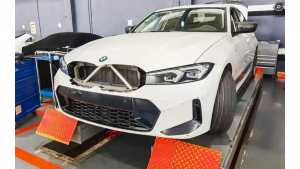