BMW has unveiled the all-new, fourth-generation Z4 concept car at the Pebble Beach Concours d'Elegance. The event is a part of the ongoing Monterey Car Week held in Pebble Beach, California. The Z4 is based on the platform that BMW has co-developed with Toyota. The platform will also underpin the upcoming Toyota Supra. 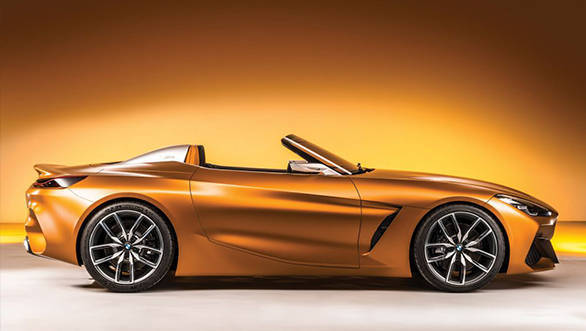 The new design is a long departure from the somewhat uninspiring design of the outgoing Z4 which has been in production since 2009. The car boasts a more muscular silhouette with strong character lines running along the length into the haunch over the wheel arches. The front is aggressive with lowered but wider kidney grills and swept back headlamps. The rear hosts the L-shaped LED tail lights along with a boot lid spoiler, all sleek and streamlined still being in tune with the car's overall design philosophy. 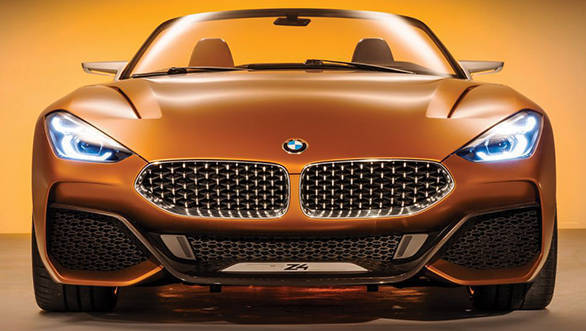 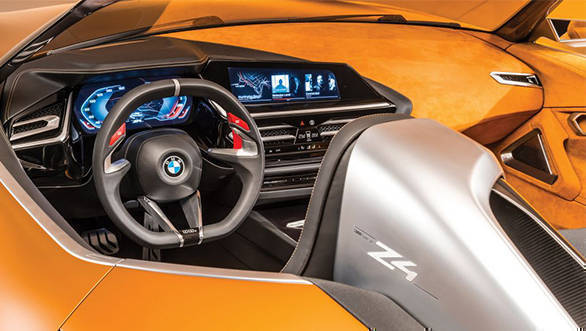 The cabin has a blacked-out driver-centric cockpit in contrast to the orange colour, which happens to be the same shade as the exterior paint of the car. The digital displays are horizontal and parallel to each other. There is also a heads-up display. The cabin exudes minimalism whilst making use of bold and strong colour schemes.

We can expect the all-new BMW Z4 to come with engines ranging from 2.0-litre turbo-petrol inline-4 to 3.0-litre turbocharged inline-6. It might be safe to assume each motor to have different state of tune, accompanied by an M Performance version in the future. A 6-speed manual or an 8-speed automatic is likely to be offered to drive the rear wheels. 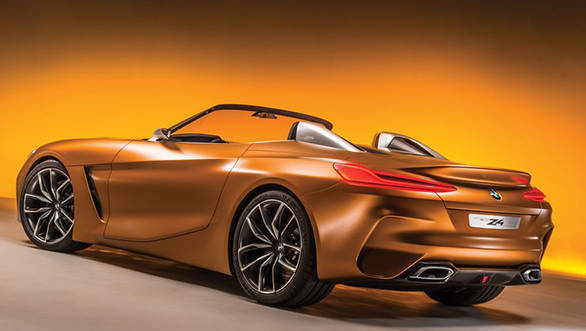 The new-gen BMW Z4 will start production next year and most likely to hit the showrooms in 2019. BMW says this is an all-out sportscar. With their vision to make a modern roadster, they believe stripping the car down to bare essentials allows the driver to attain utmost motoring pleasure. 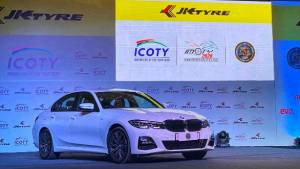 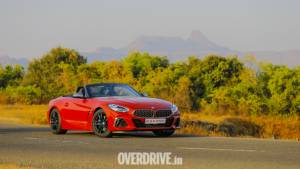 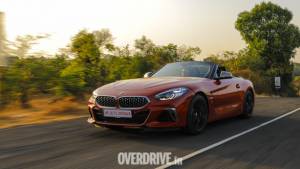