BMW teases AirTouch technology, could debut in the new i8 Spyder

AirTouch technology takes the concept of a touchscreen display to a whole new level. From what we understand, you no longer have to physically 'touch' the screen. A year ago, BMW debuted its gesture control system in the brand new 7 Series which allowed touchless control for simple inputs like audio volume. AirTouch seems to be the next step.

The system works via sensors that detect hand movements made between the centre console and interior rear view mirror. BMW hasn't elaborated on what the exact movements are but a simple gesture should allow you to browse menus while another gesture will enabling selecting a relevant menu item. 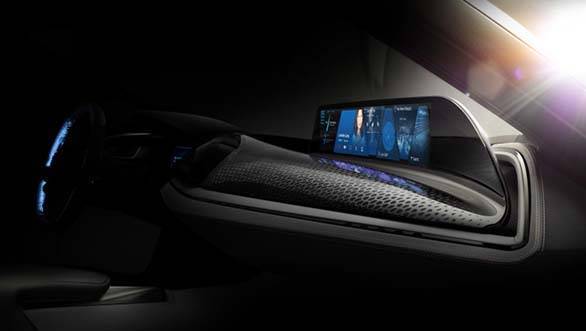 The image shown here is definitely a concept, note the lack of airvents. We do, however, expect to see this debut in a more production ready version of the i8 Spyder

However, the technology doesn't seem entirely touchless. A recessed AirTouch button resides on the rim of the steering wheel on the left side. The button lights up when a menu or icon is activated. A tap of this button can activate a program or change a setting. The passenger too has a similar button positioned in the door sill. So essentially one hand waves the inputs and the other taps a button to select them.

The only way to truly appreciate such a technology would by testing it physically but it looks intriguing to say the least. BMW says it is designed to help reduce the number of steps required in the process of getting a task done through the infotainment display, think making a phone call. 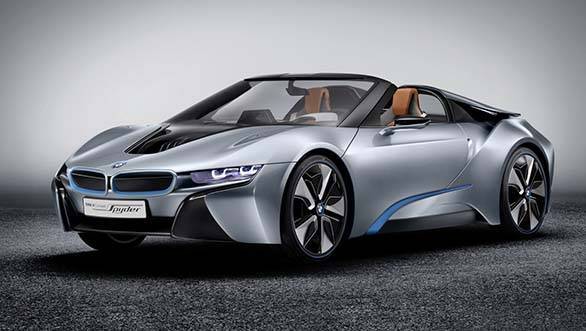 Expect the 2016 i8 Spyder to look a little different from this concept shown in 2012. It will most likely be quite close to the i8

So why do we think this tech will debut in the i8 Spyder? Well there have been rumours about the car for quite a while now and what better platform for BMW to debut a pathbreaking technology than in a new version of its most path breaking vehicle!

CNBC-TV18 OVERDRIVE Awards 2016: BMW i8 wins Technology of the Year