BMW Motorrad has unveiled the Concept Stunt G 310, at a bike show in Brazil. It has been specifically designed for stunt riding with inputs from stunt riding champion, Chris Pfeiffer. This concept gives a preview of BMW's upcoming India-bound sub-500cc motorcycle codenamed K03, which was developed through the BMW-TVS collaboration. 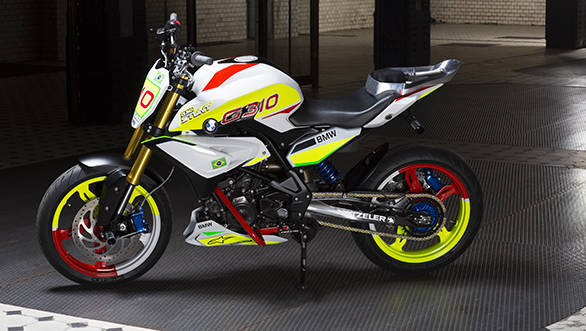 The Concept Stunt G 310 uses a newly developed single-cylinder DOHC engine which is unconventionally inclined towards the rear of the motorcycle. This, according to BMW Motorrad, allows for better placement of the engine to give the bike a short wheelbase despite a long swing arm. BMW says that the Concept Stunt G 310 in this setup, along with a low-slung front end and a raised tail section, offers "fast and nimble changes of direction as well as dynamic riding." The motorcycle's gear ratios too have been designed specifically to provide enough propulsion at low engine speeds. 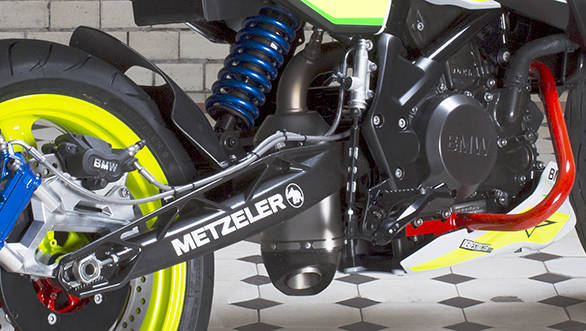 The Concept Stunt G 310's intake area is biased towards the front of the engine, while the exhaust system is placed more towards the rear of the motor. This allows for a vertically positioned rear silencer under the seat, between the engine and the spring strut. This setup is supposed to ensure that the exhaust system is not damaged while performing stunts on the motorcycle. 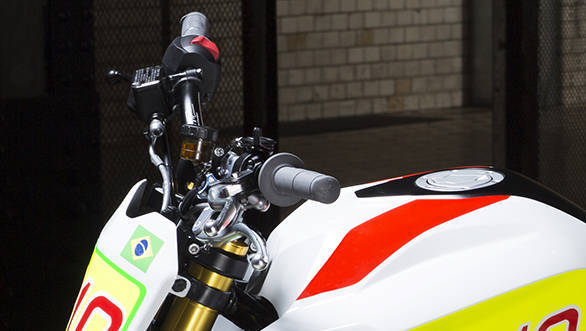 BMW has fitted a second brake lever just above the clutch lever to operate the rear brake in case the rider's foot is not on the footrest while performing a stunt. The Concept Stunt G 310 also gets an aluminium "stunt" tail that was specifically developed by BMW Motorrad. This component has an opening in the centre to provide a niche for the rider's foot. Additionally, stunt pegs have been fitted onto the front axle and near the seat, along with red crash bars to protect the engine. 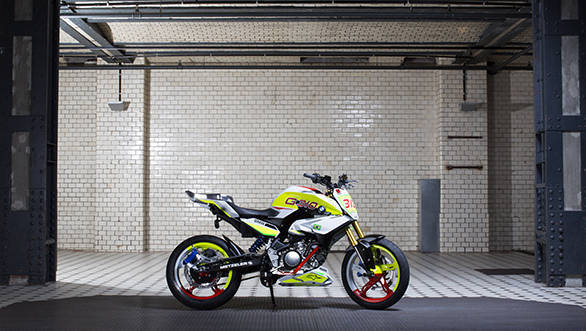 BMW says that the Concept Stunt G 310 has been designed to present a lower visual centre of gravity that appears to shift to the front. According to BMW the colours are a combination BMW motorsport's white, blue and red, and the Brazilian flag's green, yellow and blue. 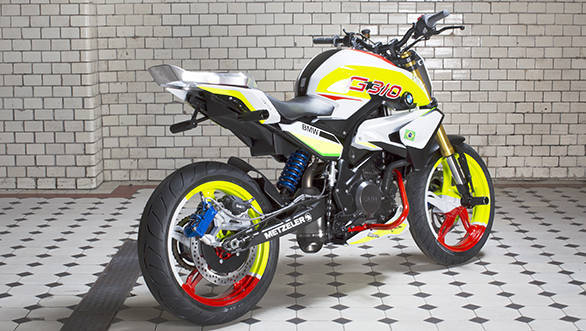 Based on what we understand from the pictures of the Concept Stunt G 310, the production-spec version is likely to get a trellis frame. Other features that could be carried forward include a monoshock set-up with inverted forks up front and disc brakes on both wheels. The concept uses Metzeler Sportec M7 RR tyres, and while these might not make it to production, the 17-inch wheels should. The production-spec bike will carry forward the same engine and exhaust set-up, however, the end can could have a more conventional design and placement. The top of the long swing arm has detailing similar to the Duke, but is a bit more subtle. The front seat on the concept is quite flat like the KTM Duke 390, but much wider. The final product could be a direct rival to the KTM Dukes 200 and 390, and the Kawasaki Z250. 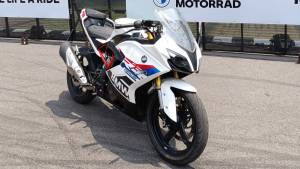