BMW Motorrad has finally lifted the cover off its first production-spec electric scooter, the BMW CE 04, and it appears to carry forward a much of what was showcased with the Bavarian bike makers Definition model that previewed in 2020. The BMW CE 04 is first model as part of BMWs 'silent revolution' for electrically-powered urban two-wheel vehicles and the prices for the scooter start from £11,700 (UK). 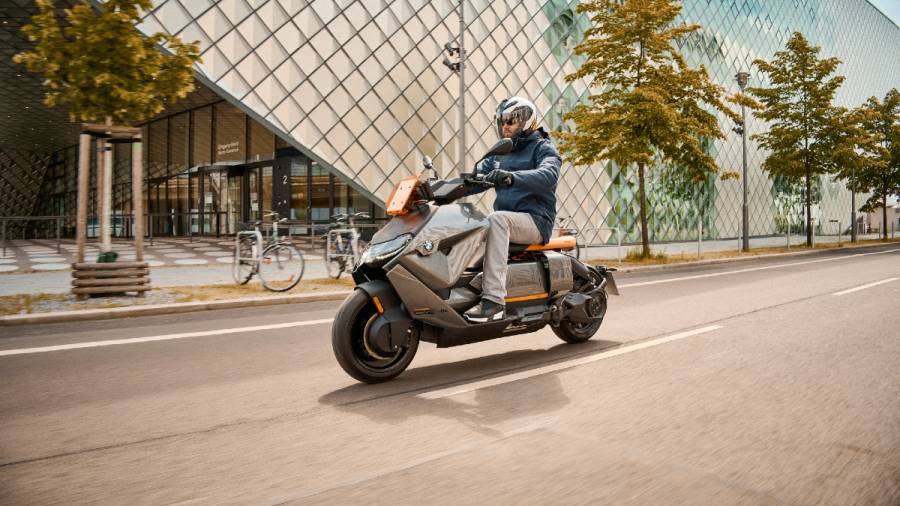 With its radical and futuristic design, with matt black touches on the front and side panels and the 'floating' seat, the BMW CE 04 electric throws the conventional look of scooters straight out the window, making other scooter that we see on our roads appear to be from the stone age. For a production model to resemble the concept model to this extent is a very rare occurrence, but we're more than glad it does. The BMW CE O4 electric gets cornering headlights, DRLs, a massive 10.2-inch TFT display, that'll show you navigation, some media options and even take your phone calls, storage compartments for your smartphone and helmet, keyless ride, etc. There are optional packages which include a fast charger, heated grips and bench, tyre pressure monitors, cornering ABS and an emergency call system among other features. Buyers can get a matching jacket that illuminates in the dark and can control your smartphone with a touchpad on the cuff. 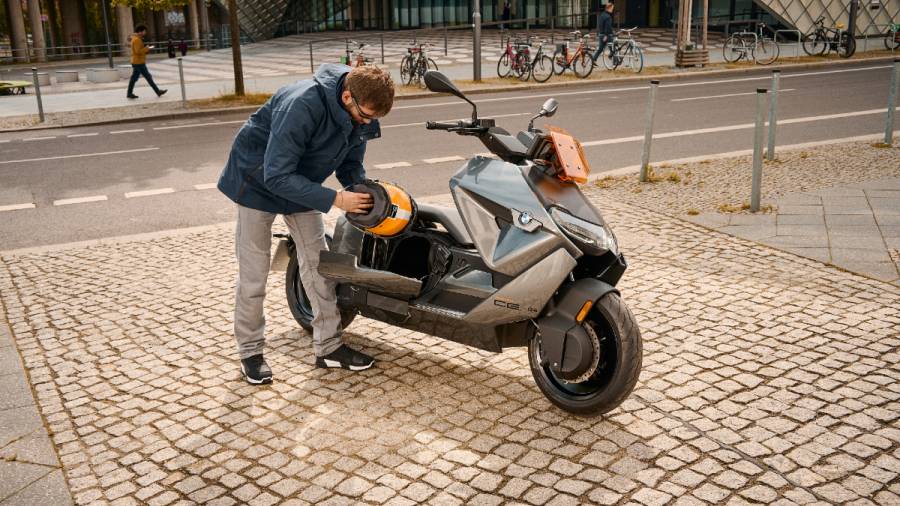 The BMW CE 04 is equipped with an 8.9 kWh battery, and is paired with a liquid-cooled 31 kW (42.5PS) electric motor. The battery cell tech has been implemented from the newly developed iX electric SUV which lets the scooter boast of a range of up to 130km.  BMW Motorrad claims that the scooter can go form 0-100 in 9.1 secs and max out at 120kmph. The BMW CE 04 is based on a tubular steel frame, with 35 mm telescopic forks at the front and a single-sided swingarm at the rear. The 120/70 R15 tyre at the front and a 160/60 R15 tyre at the rear with those solid disc wheels definitely look great and give the scooter a burly stance. 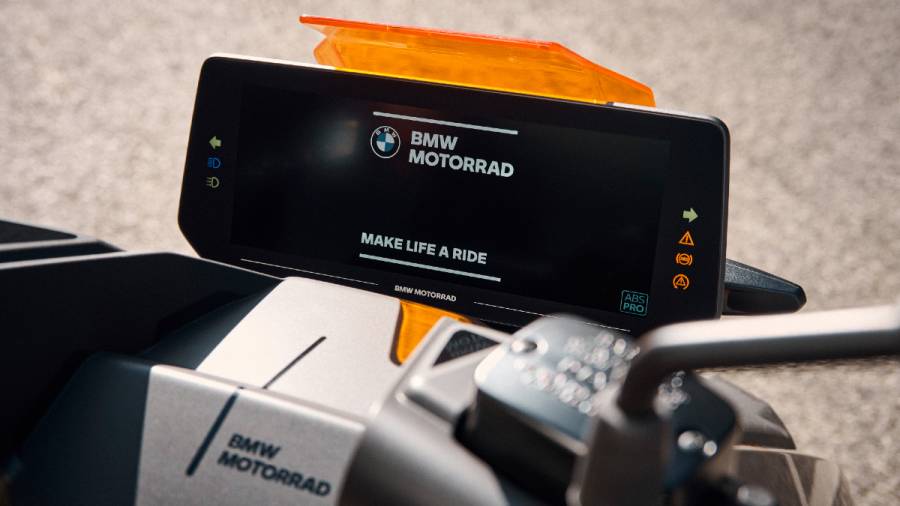 BMW Motorrad is offering a 2.3 kWh charging cable as standard for the CE 04. With this cable, the scooter's lithium-ion battery takes close to 4 and-a-half hours to come to a complete charge from zero per cent, from with a regular socket and little over an hour and-a-half using an optional 6.9 kW fast charger. The slim battery packs lie in the floor of the BMW CE O4 which leaves room for side-loading storage under the seat. 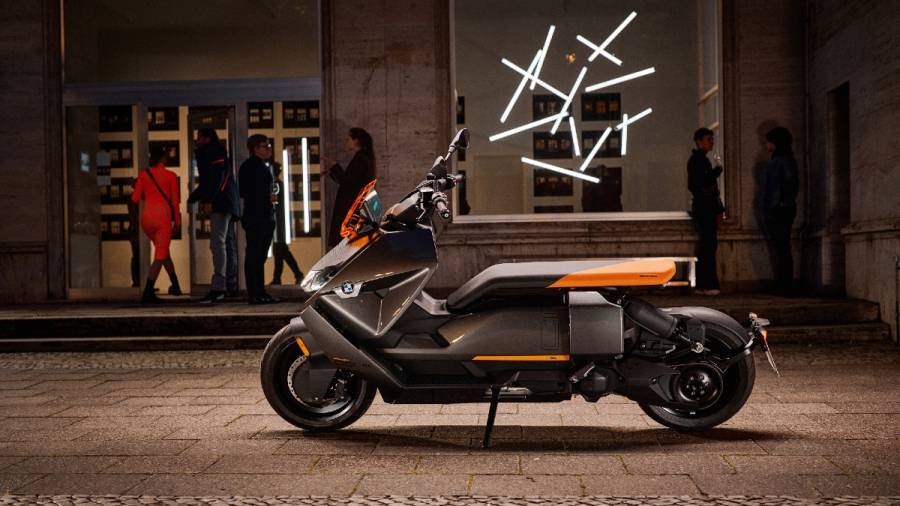 On the safety front, the BMW CE 04 gets dual disc brakes up front and a single disc at the rear, ABS, automatic stability control and 'Eco', 'Rain' and 'Road' riding modes.

The BMW CE 04 is expected to roll into showrooms in international markets by the end of this year. 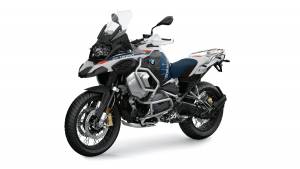 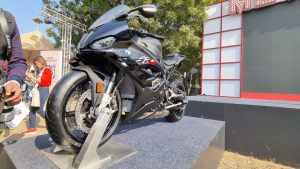