The season-opening round of the 2018 Blancpain GT Series Asia at Sepang proved to be far from ideal for Aditya Patel and Mitch Gilbert. Patel and Gilbert, who once again returned to the OD Racing outfit for their second season in the championship, had a tough outing, with technical issues hampering their performance. As a result, the duo, in their Audi R8 LMS GT3 were forced to retire from the first race, even while running third, and were only able to finish tenth in the second race. 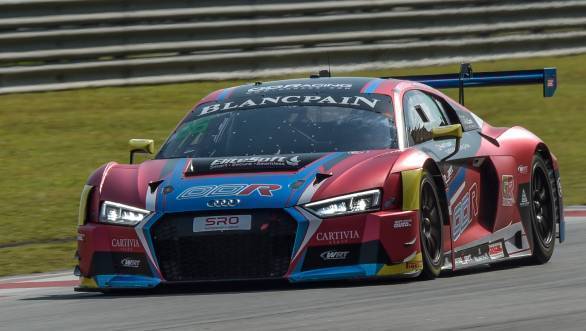 DNF in Race 1, 10th place in Race 2 for Aditya Patel and Mitch Gilbert in Round 1 of the championship at Sepang

Perhaps one of the reasons the team faced such a lot of issues, was the fact that the OD Racing Team WRT duo were unable to come to grips with the high temperatures, a factor that hampered their race weekend. Struggling for pace, Patel and Gilbert were unable to qualify higher than sixth and eleventh respectively, which proved to be challenging for them. In the first race, with Patel behind the wheel, they moved from sixth to third within the first 15 minutes of the race. But their luck wouldn't last, with a broken hose sending them into retirement. 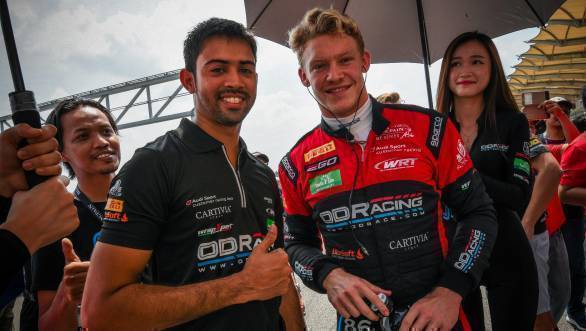 Aditya Patel and Mitch Gilbert smiling here, despite their tough weekend in Round 1 of the 2018 Blancpain GT Series Asia

For the second race, Gilbert started 11th on the grid. He fought hard, fighting it out in the middle of the pack from the very beginning. But, with the brakes on the R8 LMS GT3 wearing down very quickly, he needed to be cautious too. He maintained good pace, ultimately handing the car to Patel in 12th position. Then a clean pitstop and steady driving allowed the Indian racer to make up two places for the team, with the end result being 10th place, and one single point in the championship standings.

"As you can see from what happened last year, one point was all it took to determine the Championship. So this weekend may not have been the best for us but we always look at the positives and that one point is still very important in the Championship fight, which is still a long way to go," said Cornelius Ee, Director of OD Racing Team WRT. 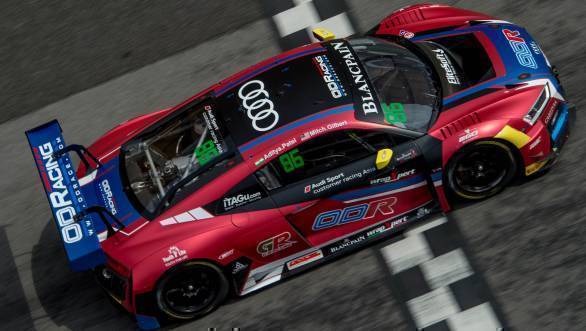 "We were struggling a bit but at least we weren't struggling with the pace and we were fairly close to the rest of the Audis. Race 1 temperature was cooler which was probably why I could fight quite a bit before the hose blew. Race 2, based on our earlier race pace, we thought we could but I guess the temperature got too hot for the car. What can you do?" said Aditya Patel after what was obviously a difficult race weekend.

"At least we scored that one point today," said his team-mate, Gilbert, "and yesterday we could've scored six or seven points or more. So when we have a tough weekend we just have to make sure that we keep scoring points."

The team heads to the Chang International Circuit in Buriram, Thailand for the second round on May 12 and 13.