The 2012 Auto Expo was when we first saw the production version of the Bajaj Qute, the country's first quadricycle. Powered by a fuel injected, 216cc, liquid-cooled, single-cylinder engine the Qute offers 13.2PS and has a top speed limited to 70kmph, and was expected to effectively replace the humble three-wheeled autorickshaw. In fact, the Qute is properly modern in terms of technology and uses Bajaj Auto's patented triple spark plug technology just like the Pulsar and is also a lot safer than autorickshaws, boasting monocoque construction and a high-tensile steel body. The Bajaj Qute, India's first quadricycle is expected to go on sale in the near future thanks to a revision in vehicular norms to include quadricycles

It looks like the time for the Qute and other quadricycle to ply on our roads is finally here, as the Government is expected to update vehicular regulations to include quadricycles shortly. Rajiv Bajaj was hoping the Qute will revolutionise what is today known as 'last mile commuting', but Government norms have been the spanner in the works, as until now there were no regulations for quadricycles. Bajaj Auto has thus been manufacturing the Qute at its Pune plant and exporting it abroad, while also awaiting a change in regulations that will enable it to be sold in India. Quadricycles are believed to be an excellent solution for our clogged roads, especially the Delhi-NCR region as also cities like Mumbai and Bangalore. 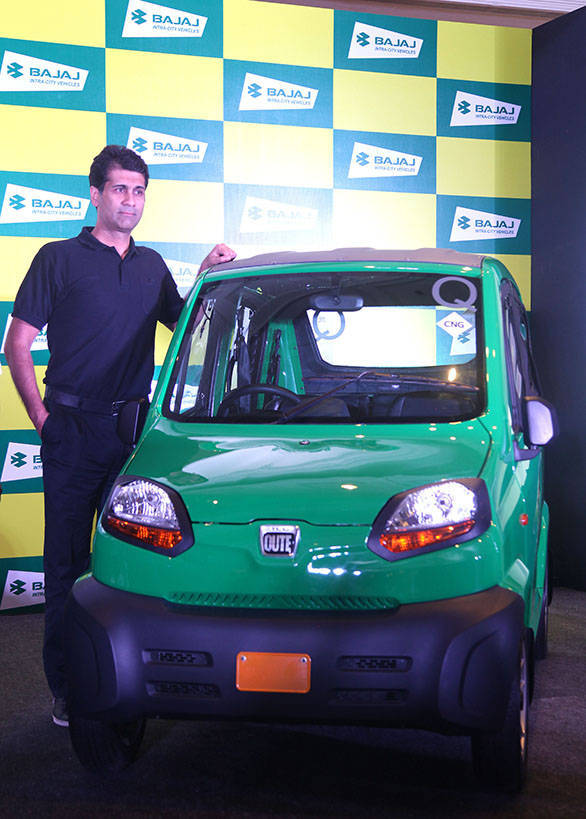 The Bajaj Qute is properly modern with a monocoque construction and high tensile steel body, and Rajiv Bajaj, MD, Bajaj Auto believes it will revolutionise public transport in the country

What's more, with its displacement of just over 200cc the Qute is also expected to be as efficient as a motorcycle, as its ARAI certified fuel efficiency stands at an impressive 36kmpl. Nitin Gadkari, Minister of Road Transport and Highways is expected to make the regulations for quadricycles official in the coming weeks. This should also provide further impetus to other manufacturers like Mahindra who showcased its UDO and ATOM concepts at the 2018 Auto Expo, apart from Tata Motors who is also believed to be working on last mile connectivity solutions for urban cities.