Avantura Choppers is aiming for a 7-8 per cent share of the 1600cc and above motorcycle market in India, which is estimated to touch 15,000 units by 2022, it claims. The company will bring popular brands S&S, Rivera Transmission, Avon Tyres, Progressive Suspension, Beringer, Mustang Seats, and Kellermann to India as OEM partners. We will be riding the two new chopper models from Avantura soon. Meanwhile, here is what you should know about this new brand: 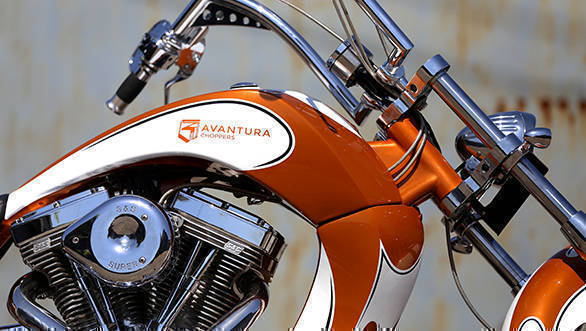 Lots of components sourced from India. But Avon tyres, Beringer brakes, the S&S engine, and transmission are obviously imported. As required, each component is being type-approved and the overall motorcycle is at the last stage of homologation. Avantura expects to have the BSIV motorcycle street-legal by end of 2017 - Jan-2018. Indian sourcing includes all fabricated parts - fenders, frame, tank and more.

Avantura started as a research-worthy idea seven years ago and the last two years have been a race to turn the chopper idea into a legal, saleable model. So each component will be certified as per the Indian authorities' requirements and when you buy one, you will get a completely legal motorcycle, a chopper first. Since Avantura intends to produce the choppers here, the motorcycle is also fully homologated.

Avantura says they already have trained staff at their facility who will impart service training to dealer service staff shortly. Avantura will also be responsible for spares sourcing and supply to the dealers. The initial plan is to have two dealers, in Mumbai and in Delhi and a total of 7-9 dealers is envisaged in time to cover the big cities and the handful of smaller cities that have a vibrant motorcycle culture.

Avantura will launch with two models initially and add a third one as per their current plan in time. These models will be powered by imported S&S engines. S&S is an American company that made its name selling more powerful replacement engines for Harley-Davidsons in the US. The US road-legal system permits these kinds of serious changes to the motorcycle and S&S's engines have become famous for this. 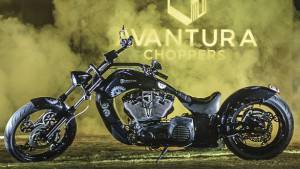