The new Fiesta has been unveiled at the Expo with a view to revive the Fiesta brand name, which has seen very sluggish sales since its launch in the mid size saloon segment.

The new model is expected to go on sale later this year with pricing yet to be announced. Expect the new Fiesta to be aggressively priced after the success of the EcoSport. 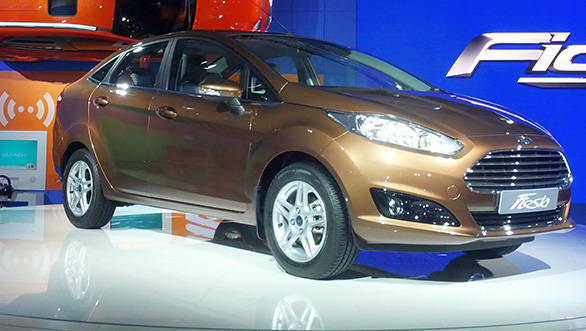 The existing power trains will continue in the new Fiesta. The outgoing car's petrol engine will be the 1.5 litre that delivers 108PS while the diesel will be the  1.5 litre motor that makes 90PS and provides a pulling power of 204 Nm. Transmission options on the petrol are a 5-speed manual and 6-speed automatic. Diesel will only have the 5-speed manual as an option. Ford India may also plonk in the highly successful 1.0-litre EcoBoost engine in the new Fiesta.

The Fiesta gets a bold and fresh look with the front fascia being completely taken by the trapezoidal grille, redesigned bumper, fog lamps and a new bonnet. The headlights are elongated but where this elongation really makes a difference is at the rear tail lamps which are also wider and drastically reduce the less appealing look of the previous version. 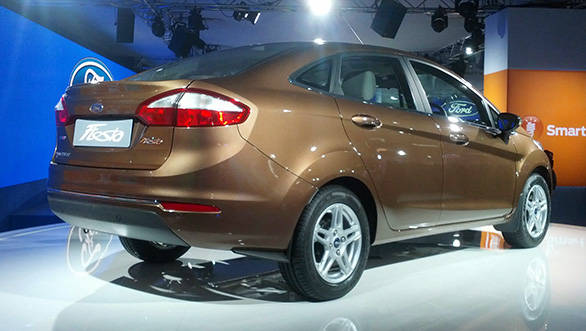 The interiors remain largely unchanged but for a lighter two tone trim. New seat fabric has been used to increase overall comfort. Feature wise, the acclaimed Ford Sync connectivity system with Applink finds its way in to the new Fiesta. Drivers can make use of hands free in car connectivity system with voice commands which allows the driver to keep eyes on the road while choosing music, making phone calls and controlling their smart phone applications. 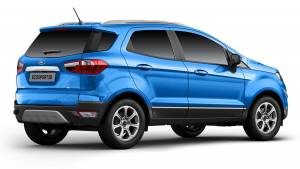