Auto Budget 2016: We were expecting an announcement of the scrappage policy, says FADA

The renewed thrust on agricultural and rural sectors as well as infrastructure development and higher allocations under these heads in the Union Budget will create more opportunities of employment, especially for the rural people, thereby helping revive rural demand, which has been under severe stress for the past two years due to uncertainty facing rural economy because of deficient, erratic rains.

A total investment Rs. 97,000 crore has been proposed for the road sector, including PMGSY allocation, during 2016-17. The expansion and betterment of roads will not only generate additional jobs, but will also boost commercial vehicle demand, addressing to some extent, the problems of environment pollution and road safety at the same time. 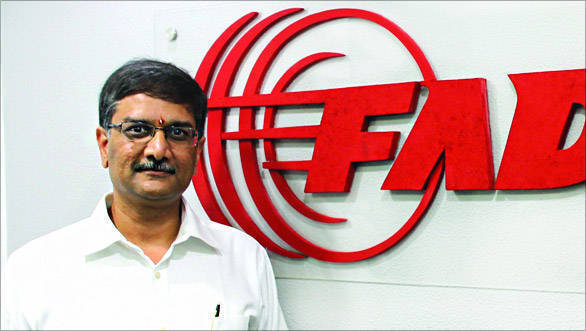 We, at FADA, welcome the amendments that are proposed to be made in the Motor Vehicles Act to open up the road transport sector in the passenger segment, which will impart pace to the development of transport sector while giving impetus to the commercial vehicle segment, in particular.

The Union Budget 2016 proposes to set up 1,500 multi-skill training institutes under the Pradhan Mantri Kaushal Vikas Yojana (PMKVY), for which Rs. 1,700 crore has been set aside. We compliment the Government for this initiative, as it would address, to certain extent, the problem of shortage of skilled manpower suiting the requirements of auto sector in the long run.

Raising the cap on exemption for HRA from Rs 24,000 to Rs 60,000 in the case of those living in rented houses and the increase in tax rebate from Rs. 2,000 to Rs. 5,000 for those whose income is less than Rs 5 lakh are other welcome features of the Union Budget. The tax relief will leave more disposable income in the hands of middle-class people, particularly salaried people, which is likely to result in the increased demand for consumer goods and consumer durables, especially two-wheelers.

It is good to note that the fiscal deficit targets for the financial year 2015-16 and 2016-17 at 3.9 per cent and 3.5 per cent, respectively, have been retained despite substantial 15 per cent increase in the planned expenditure. This should be comforting for the (Reserve Bank of India) RBI to further reduce interest rates to give fillip to the investments and growth. With inflation remaining benign, we hope that the RBI will cut the interest rates soon.

Union Budget 2016 is a mixed bag for the automotive industry. The focus on infrastructure development, particularly bettering the road infrastructure across the country will definitely benefit the auto sector. However, higher taxes proposed in the Budget on cars and SUVs will adversely impact the auto sector that has been witnessing slowdown and uncertainty for a long time now.

Infrastructure cess, of 1 per cent on small petrol, LPG and CNG cars below 4-metres in length and less than 1200cc engine, 2.5 per cent on diesel cars with engine capacity of less than 1500cc and 4 per cent on other passenger cars and SUVs will substantially increase the cost of  cars and SUVs and, as a result, will have a depressing effect on demand.

It is also disappointing to note that the Union Budget does not offer any significant relief to the middle-class salaried people. The raising of income tax slabs would have enhanced liquidity in the market and offered a little more cash in the hands of people, leading to spurt in demand of motor vehicles. Though the trends of the recent past are somewhat encouraging, the automotive market is yet to see a firm recovery from the prolonged spell of slowdown.

We were also expecting an announcement of the scrappage policy, with built-in incentives for scrapping old vehicles, which would have addressed, to some degree, the issue of increasing pollution levels. However, the Budget does not contain any such measure.

We hope, the Government and the Hon'ble Finance Minister will review the increase in duty on passenger cars and SUVs as well as incorporate other suggestions, before the Finance Bill is finally passed.