The Volkswagen group has been in the eye of the storm with the recent diesel emission scandal. However, the company is making amends and is using one of its flagship brands, Audi to lead its hydrogen fuel cell efforts. 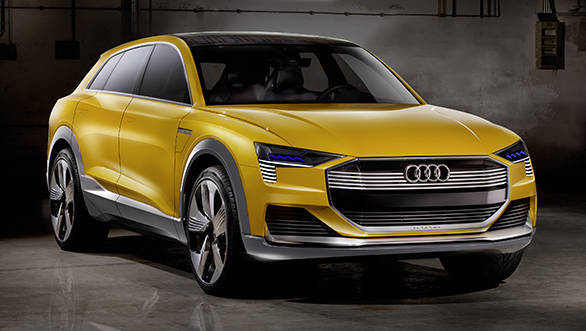 Despite electric vehicles gaining traction in International markets, Audi's new development chief Stefan Knirsch feels that hydrogen fuel cell vehicles are the way forward. Electric vehicles have many shortcomings with regards to the battery pack size, cooling issues of the battery and weight. Hydrogen fuel cell vehicles, on the other hand, require relatively smaller batteries that are not only cheaper to build but also lighter, significantly reducing the toll on vehicle performance. Also, these batteries only need a few minutes to fill up as opposed to the batteries in electric vehicles that require hours for a full charge.

The Audi h-tron quattro concept, that was showcased at the Detroit Motor Show in January 2016, is the vehicle first vehicle from the group that will use hydrogen fuel cell technology. The concept SUV, says Audi, uses 1kg of hydrogen per 100km. With a full tank, it can travel up to 600km. Its three hydrogen tanks are located beneath the passenger seat area and the luggage compartment, thus liberating interior space unlike conventional electric cars. The h-tron quattro uses the VW group's second generation Modular Longitudinal Platform (MLB evo). 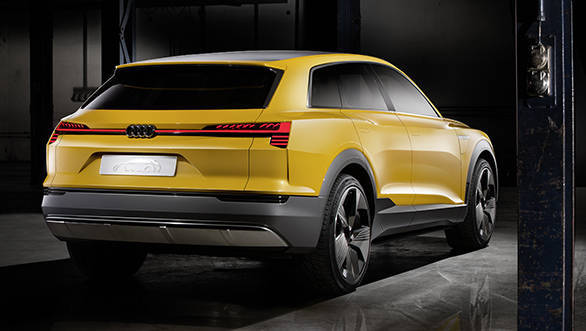 Audi is also trying to reduce costs by reducing the amount of precious materials such as platinum, a common catalyst in the proton exchange membrane (PEM) fuel cell stacks. While a production ready model may take a while, it'll be interesting to see how Audi's new hydrogen fuel cell vehicle turns out.