As many as nine riders astride their SuperSports 600cc class bikes zoomed past the lap record of the Madras Motor Race Track near Chennai on Friday at the fifth round of the Asia Road Racing Championship 2017. The final round of the ARRC 2017 is being hosted by the Madras Motor Sports Club. Veteran Thai racer Decha Kraisart (Yamaha) topped the other eight riders with a time of 01 min 41.305 sec around the 3.717km track in the third free practice session late in the afternoon. Current championship leader, Kawasaki rider from Malaysia Azlan Shah Kamaruzaman had set the previous best lap time of 01 min 42.787 sec in 2013 when the ARRC had last visited MMRT. 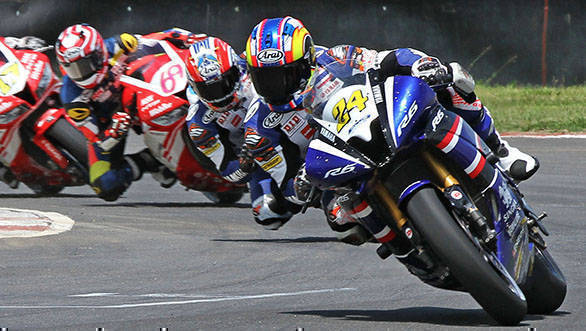 The 600cc riders improved their timings through the three Free Practice sessions before Kraisart led a bunch of nine riders who broke Kamaruzaman's record. Karmaruzaman (01:41.801) was third quickest in FP3 behind compatriot Md Zaqhwan Zaidi (Honda, 01:41.501). Trailing the frontrunners was the lone Indian entrant in this class, Shankar Sarath Kumar of RAMA Honda Racing team by NTS T.Pro Ten10, who was about three seconds off the pace, but like other riders improved his timing through the day. 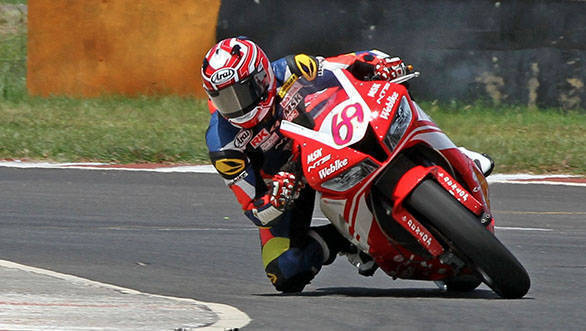 The other Indian participating in the ARRC, 18-year-old Rajiv Sethu, in the Asia Production 250cc class, was also off the pace initially. However, he improved his timing by nearly seven seconds over the three FP sessions. Indian wild card entry in the Underbone 150cc class, Prabhu Arungagiri qualified 14th on the grid dominated by Malaysian riders.

The final round of the two MMSC One-Make Championships (Open class) - Honda CBR 250 and TVS Apache 200, also got underway with one practice session apiece. Ranchi's Amit Richard Topno (Pro-Lap Racing), currently fifth in the championship, was quickest in the Honda CBR 250 category while leader Rajiv Sethu sat out the practice session. Prabhu V topped the TVS Apache RTR 200 class ahead of Sivanesan S who has already clinched the title, and was the third quickest behind Anand Kumar S. 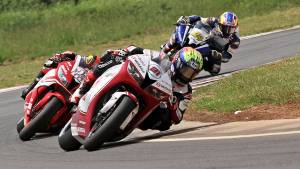 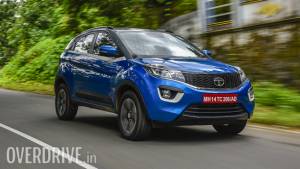 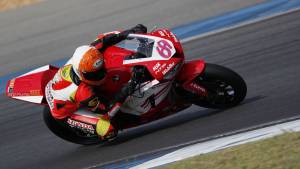