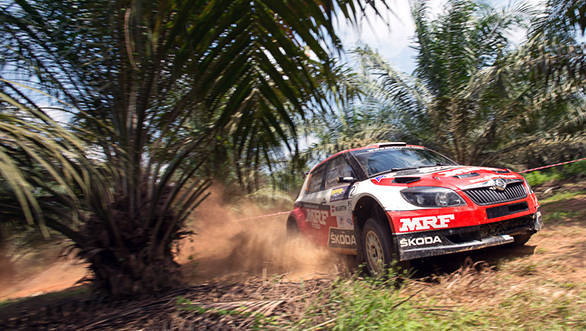 Pontus Tidemand and Emil Axelsson navigating their way through the stage

Skoda's MRF team scored another Asia Pacific 1-2 result when Pontus Tidemand headed teammate Gaurav Gill, this time in Malaysia, their finishing positions dictated by the consequences of the running order on Day 1. Malaysia was the fourth of the six rounds in this year's FIA's Asia Pacific rally championship, based at Johor Bahru adjacent to the frontier with Singapore. A notable entry was from Jussi Valimaki, formerly a Mitsubishi MRF team driver who was returning to the series ten years after he won the title, this time in a Mitsubishi from the Wan Yu team of Chinese driver Fan Fan. Top entries were again the Skoda Fabia S2000s of the current MRF team in which the series leader was Pontus Tidemand, winner of events this year in New Zealand and Australia, ahead of teammate Gaurav Gill, the reigning champion, who had a bad run in Australia. 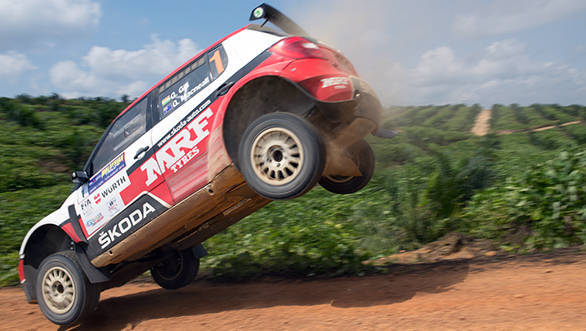 Day 1 was remarkably eventful. Nine championship cars started the event headed by Gill, followed by Pontus Tidemand, and it was not long before Gill discovered the problems of running first car with the front of his car scooping up grass and blocking the radiator. Every time Gill stopped to remove the grass, Tidemand would then pass him and himself suffer the same problem. On one 27km stage, the running order changed three times! Mike Young was an early casualty, his Subaru hitting a bank on the opening stage and punctured. Such was the bodywork damage he was unable to change the wheel and he stopped for the day. Then Valimaki had a heavy landing and the intercooler impacted the water radiator. Quite a first morning for the top runners! At the end of the day Tidemand was 1m19.9s seconds ahead of Gill with Chinese driver Fan Fan third, more than a 11 minutes behind in his Mitsubishi despite brake troubles, while Japanese Subaru rivals Genki Takeuchi and Hitoshi Takayama battled for fourth place. Both reported overshooting various junctions, and Takayama was under team orders to finish his first foreign event, which he did. In the national event there was disaster for the local official Proton R3 team of veteran Karamjit Singh and Kenneth Koh, both of whom suffered engine mounting failure which in turn detached their driveshafts. 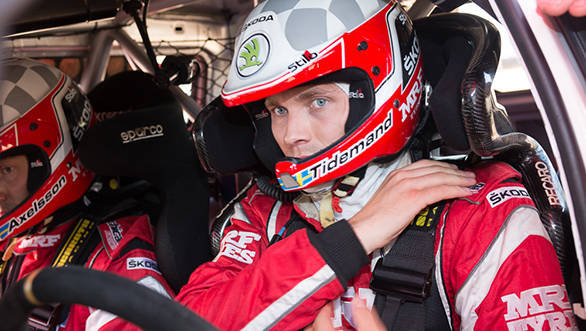 Michael Young restarted the event on Day 2, with the aim of gaining supplemental day points, but Valimaki did not. Apart from the continued battle for fourth place between the two Japanese Subarus the main development was the retirement of sixth placed Sri Lankan Mitsubishi driver Dinest Deheragoda with alternator belt failure. Fan Fan finished almost twenty mines behind the winner but he won the national championship category. The rally was noted for being run almost entirely in the dry, rain falling only right at the end. There are now five weeks before the next, penultimate APRC round but the teams had to leave Malaysia quickly as equipment had to be delivered in the docks in the morning. The final round of the series takes place at the end of October in China, for which the MRF team has been promised new Fabia R5 cars to replace their ageing S2000s. 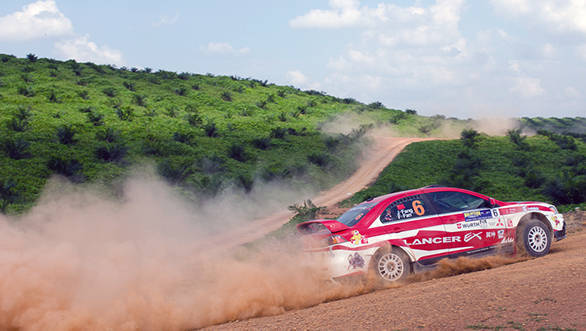 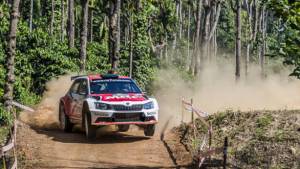