APRC 2017: Gaurav Gill all set to defend his championship title

2017 will be a big year for Gaurav Gill. The Indian rally driver, who first won the Asia Pacific Rally Championship title back in 2013, will now defend his second APRC title - a title that he won last year after winning all six rallies that he competed in. The Rally of Whangarei is the first round of the 2017 APRC, and will begin on Friday evening with a ceremonial flag-off and a 1km-long Super Special Stage, that will be run twice.

Cars competing in the International Rally of Whangarei will contend with 16 Special Stages that will be held over a competitive distance of 260.64km, with a liaison distance of 528.40 Kms. Two loops of four stages will be held on Saturday, while on Sunday, the cars will move to the south of Whangarei for six stages, finishing at the Quayside Town Basin near the harbour. 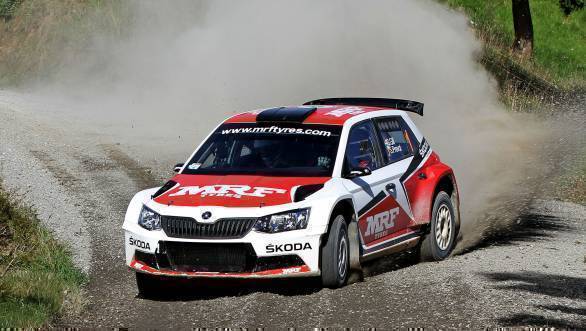 Perhaps the biggest change for Gill in 2017 will be the fact that his old co-driver - Glenn Macneall - will not return this year. Instead Gill will be navigated by Stephane Prevot from Belgium. Replacing Fabian Kreim at the Team MRF Skoda outfit this year is Norwegian driver Ole Christian Veiby. Veiby will be co-driven by Stig Rune Skaermoen. Both drivers will be in Skoda Fabia R5s prepared by Race Torque. The advantage that Veiby has over Gill, however, is that he is also competing in the World Rally Championship's WRC2 category, which means that the Rally of Whangarei is not his first outing this year.

Gill had a 14-hour-long reconnaissance run today and gained plenty of insight into the stages that he will need to contend with over the course of the next three days. While some of the stages are old, which is a good thing for Gill, some are new. The real challenge according to the double APRC champion, though, is the fact that tyre choice will be critical. "It will be very challenging and tyre choice will play a crucial role since there is far more gravel on the road than previously. So, it is important to nurse the tyres, especially in the long Stages," said Gill.

He went on to talk about the fact that weather might also play an important role in the rally. "Rains are forecast for Saturday and if it does, then it will help us. Our car, run on India's MRF tyres, will be up against competition using WRC-spec tyres. But I am confident that we will do well," he said.

Gill continued, "As I am first on the road on Saturday, I will be doing the sweeping, but in 2014 and 2016 when I won here, I had started first. I want to continue that performance."

Speaking of his new team-mate Gill did acknowledge that Ole has more miles in the car than he does, given that he's doing his sixth rally of the year, while Gill is coming out of a four-month-long break. "So, it is going to be a challenging task overall, but I am up to it."