APRC 2016: Weather could decide outcome of the Malaysian Rally

The 2016 FIA Asia Pacific Rally Championship (APRC) could be decided over this weekend and championship probable, India's Gaurav Gill has indicated that the wet weather could play a key role in deciding the outcome the Malaysian Rally in Johor Bahru. Thursday's mandatory recce was  cancelled as most of the Special Stages were washed out due to the heavy downpour. The conditions are tough for both the drivers and the service crews. 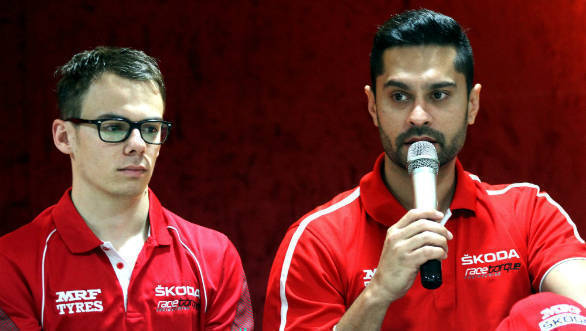 Addressing a press conference the Team MRF driver said," It is going to be very tricky and difficult going since lots of rain is forecast for this weekend. So, it is not about just speed. We have to be careful. We have made a few changes to the car. After the Rally Hokkaido in Japan, we changed the engine and it still needs to be run in some more. We did some testing here on Wednesday and then today's Shakedown, but we are settling in nicely." Gaurav's Skoda Fabia R5's engine was changed after Rally Hokkaido in Japan and he is wary about not straining the new motor. "It still needs to be run in some more," adds Gill. 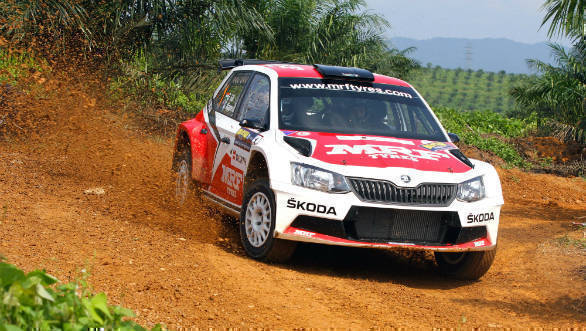 Gill has won the previous four rallies this season and is hoping to seal the championship by winning in Johor Bahru, which would also coincide with the Diwali weekend in India. "Diwali is a big festival for us back home in India, but for me, the fireworks can wait until the Rally is over on Sunday afternoon. I wish everyone a happy and safe Diwali, and a prosperous year ahead." Gill, at 146 points leads his team mate Fabian Kreim by 42 points.

The German driver, however, is in no mood of letting Gill walk away with the crown. In today's Shakedown event, he was faster than Gill. The Indian, however, said that he was not taking any risks before the Rally.

The ceremonial flag-off is scheduled tonight and Rally will run across 225.82 kilometres divided in 14 Special Stages.

Gaurav Gill won the Championship back in 2013 and could certainly win it this year too. If not in Malaysia, Gill could look forward to the season's final round that will be held in Chikmagalur, India.