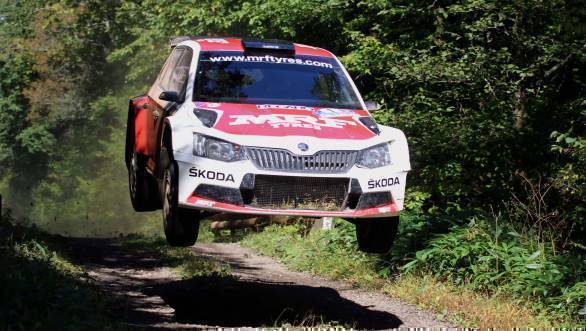 2013 Asia Pacific Rally Championship winner Gaurav Gill might be able to take back the crown, by winning the 2016 title. The Indian driver might even be able to snag the APRC title this weekend at the season's penultimate rally, the Malaysian Rally at Johor Bahru.

The rally at Johor Bahru will begin in earnest on Saturday, after the ceremonial flag off on Friday night. The rally will be held over 14 Special Stages, with a total competitive distance approximately 227km. The total distance that the participants will cover, including the transport stages, will amount to 572km.

Gill currently leads his Team MRF Skoda team-mate Fabian Kreim by 42 points in the championship standings. Victory at the fifth round of the championship in Malaysia, could ensure that Gill wraps up the title battle with one rally to spare - the season finale at Chikmagalur.

"We have had a perfect season and have the title in our own hands in Malaysia. My team-mate Fabian Kreim still has a chance of winning the title. It is going to be another exciting battle. It would obviously be a dream to travel as champion to the grand finale of the APRC season in my native India," said Gill.