Allan Simonsen dies after crashing No 95 car at Le Mans

The atmosphere in the Aston Martin Racing hospitality is grim. All around me are people standing ashen faced. During the fourth lap of the 24 Hours of Le Mans, driver Allan Simonsen crashed the No 95 Aston Martin Vantage at the Tertre Rouge corner. 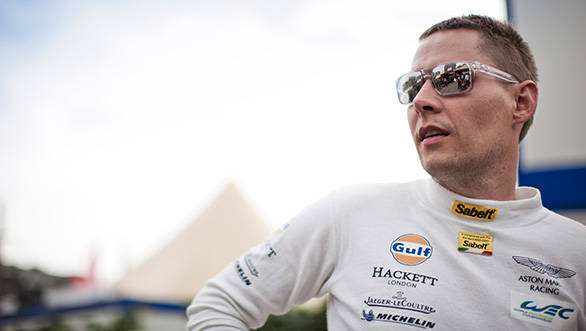 That the accident was bad was instantly evident. From the video footage of the crash, it appeared that the Danish driver had lost control of the car on exiting the corner and crashed straight into the barricades. Such was the impact that the doors came off the car, the the rollcage collapsed and the spoiler and rear section of the car was damaged enough to come right off the No 95 car.

The team was hoping that Simonsen was all right, but they knew the chances of that were slim. Then the news filtered through. Although Simonsen had been conscious when the rescue crew had arrived at the site of the accident, he had passed away at the circuit's medical centre.

By the looks of things around me, it seems like Aston Martin Racing will pull out of the race. But that's not what Simonsen's family, wants. They want the team to continue with the race, and if possible 'Win it for Allan' says David Richards, Chairman of Aston Martin. And so, difficult though it may have been for the team, that's what they attempt to do.

Allan Simonsen might have been driving in the GT Am category, but he was probably one of Le Mans' more experienced GT drivers, having competed in the event six times before the 2013 edition, and having managed to rack up two podiums - third place in 2007 and second place in 2010. Of the three drivers of the No 95 car, the others being Christoffer Nygaard and Kristian Poulsen, Simonsen was the most experienced. The all Danish crew of the No 95 car are, understandably, devastated.

What's admirable though is the fact that the Aston Martin Racing team is at it again, piloting cars No 96, 97, 98 and 99 in the 24 Hours of Le Mans. A win will be a fitting tribute to their fallen hero. 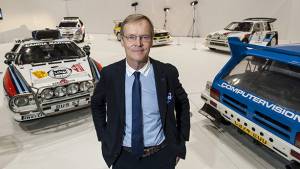 Ari Vatanen: Life as he knows it 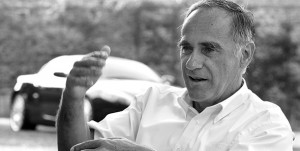 Ulrich Bez to step down as chief executive...
Advertisement