Honda Motorcycle & Scooter India has just launched the 2021 Gold Wing Tour in India. The new model makes its way to Indian shores through the CBU route from the land of the rising sun. 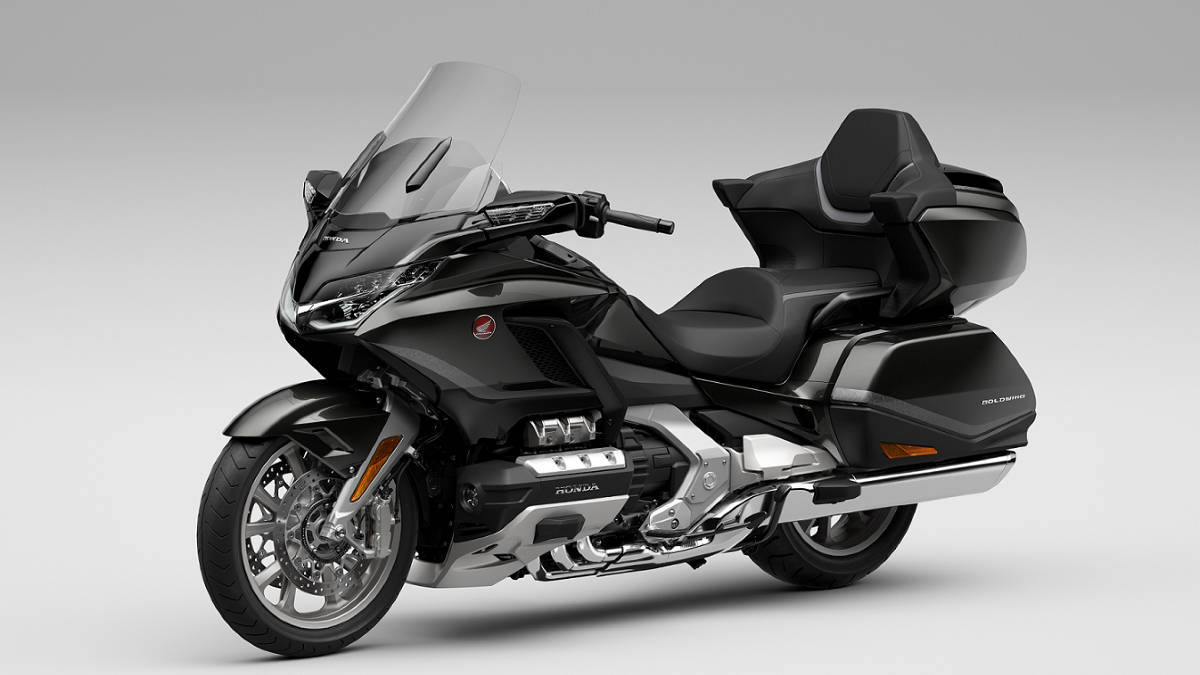 The massive Japanese flagship tourer will be available in two variants  the 6-speed Manual Transmission option which comes with an asking price of Rs 37.20 lakh (ex-showroom, Haryana) and a 7-speed Dual Clutch Transmission (DCT) with airbag option that'll cost you a cool two lakh more than the manual gearbox model, at Rs 39.16 lakh.

The 2021 Gold Wing Tour still looks as imposing as ever with its large LED lights and fairing up front, that colossal flat-six engine and the 121-litre top box at the rear. Honda hasn't tinkered around with the older Gold Wing model's engine setup much apart from making it BS VI compliant. The motorcycle houses a 1,833cc flat-six that puts out a peak power of 126.3PS at 5,500rpm and 170Nm of torque at 4,500rpm. The bike gets four rider modes - Tour, Sport, Econ and Rain  which alter the power delivery as well as the suspension damping and sensitivity of the combined braking system.

The 2021 Gold Wing continues to employ the same suspension setup of the older model  which includes a double wishbone up front and a preload-adjustable pro-link at the back. In charge of braking duty are twin 320mm discs paired with six-pot calipers at the front while the Honda gets a single 316mm disc and three-piston calipers at the rear. The Gold Wing has always been seen as one of the most luxurious touring motorcycles known to man, and the new 2021 model continues to pamper you silly with its long features list. However, there's not a lot that's new on the motorcycle, with most of the changes coming in the form of improvements and upgrades to existing features. This list includes the electronically adjustable windscreen, 7-inch TFT display complete with Android Auto and Apple CarPlay, keyless ignition, better lightweight speakers, new suede/synthetic seat covers, a more relaxed pillion ergonomics and increased luggage capacity. In terms of rider aids the bike gets ABS, traction control, cruise control, hill start assist, tyre pressure monitoring system, a 'creep' mode (on the DCT model) which helps you manage the massive 357kg bike a lot better at low speed and even a reverse gear because it would only seem logical. Now when you add this list and the mammoth Rs 10 lakh approximate cost that Honda are demanding you pay over the older model that was sold in India, the result is bound to leave some people, like us, scratching our heads in disbelief.

Starting today, Honda has opened the bookings for 2021 Gold Wing Tour at its BigWing dealerships in Gurugram, Mumbai, Bengaluru, Indore, Kochi and Hyderabad. Deliveries are expected to commence in July.