If you follow BMW Motorrad's social channels, we are sure you have seen popular motorcycle stunter Chris Pfeiffer pulling our super cool burnouts and doughnuts on BMW's all-new 2021 S 1000 R. Not that its special effects as the 2021 iteration of the S 1000 R has been derived from the S 1000 RR with new styling and graphics along with more tech and a Euro V powertrain. 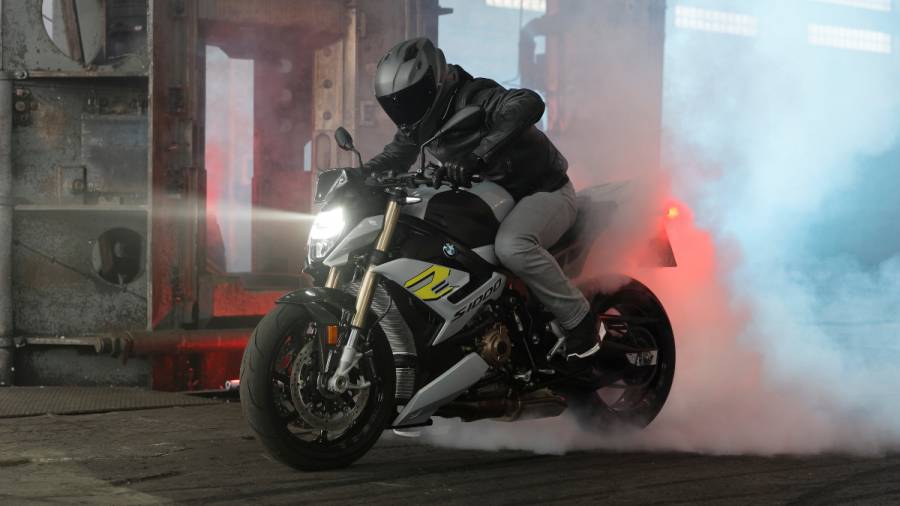 For starters, the 2021 S 1000 R has gone through a weight loss of 5 kg as well as measures 12.7mm narrower than the previous offering, thanks to the fact that is now based on the RR. The weight reduction has been achieved with the use of shorter connecting rods in the engine. Further, the engine is positioned in a way to make it an integrated part of BMW's new Flex Frame that has been taken from the S 1000 RR. In terms of numbers, the EuroV complaint engine delivers 165PS of power and generates 114Nm of torque. While the power figure has been retained, the torque rating has been increased by a tad bit which comes at 9,250 rpm. BMW mentions that close to 80Nm of torque is available from as low as 3,000rpm, which has been achieved with an improved compression ration of 12.5:1 from 12 in the previous offering. In order to reduce the noise and fuel consumption levels as well as the engine speed level, especially at cruising speeds on country roads, the 4th, 5th and 6th gears now have longer gear ratios. 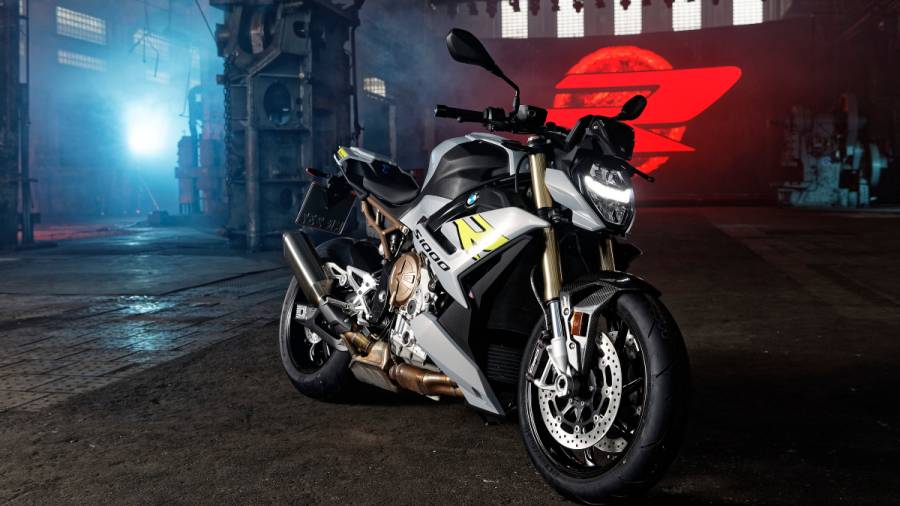 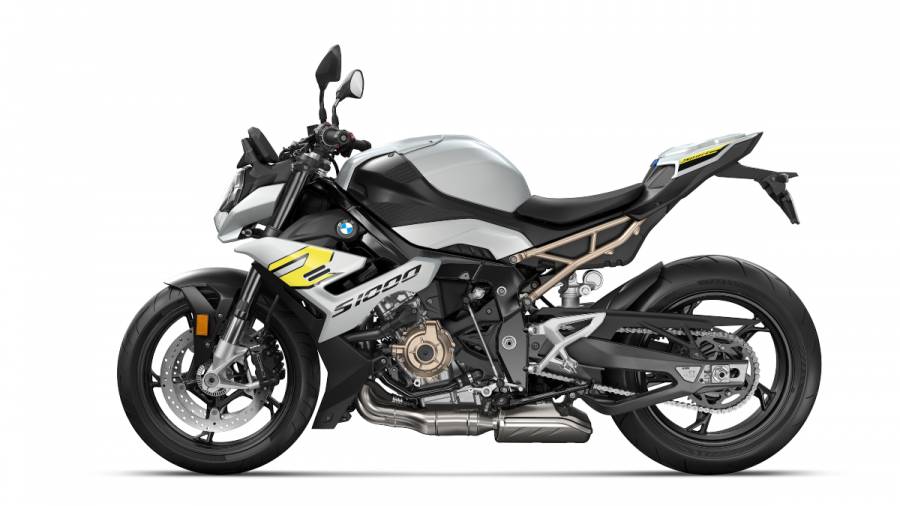 In addition to a smoother, self-reinforcing anti-hopping clutch, the new S 1000 R is equipped with engine drag torque control (MSR) for the first time as an optional extra. The engine drag torque control prevents the rear wheel from slipping as a result of abrupt throttling or downshifting thanks to being electronically controlled. The chassis was also subjected to significant weight reduction, just like the entire motorcycle. The frame and swingarm are based on the S 1000 RR and have been made considerably lighter in than their predecessor. The underslung swingarm has been taken over from the S 1000 RR and the spring strut with Full Floater Pro kinematics is now located significantly further away from the swing axis and the engine. 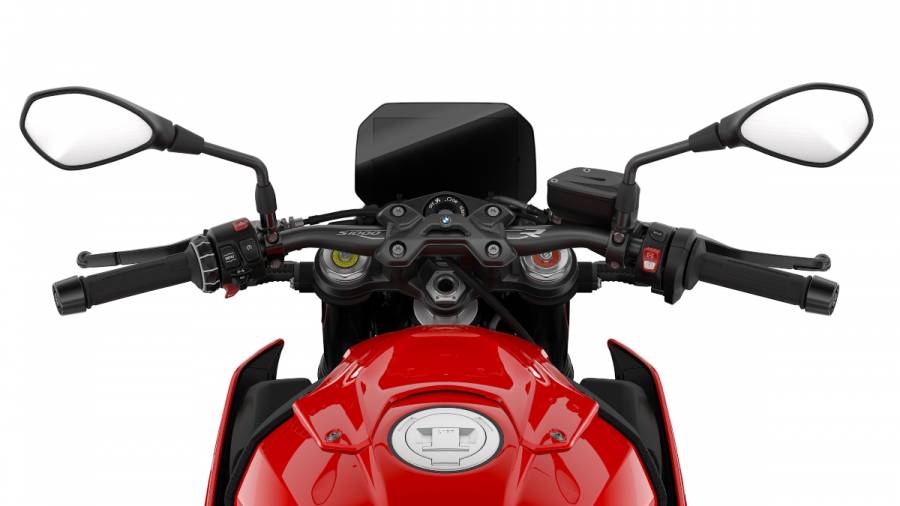 The new S 1000 R's  6.5-inch TFT instrument cluster has been taken over from the S 1000 RR. S. The rider can choose between customised screen displays for various purposes. The Pure Ride Screen, for example, provides all the necessary information for normal road riding, while a further Core Screen shows displays for banking angle, deceleration and traction control. A Bluetooth smartphone interface which allows app-based arrow navigation is already included as standard. The TFT display is operated comfortably from the handlebars using the multi-controller. The optional M package provides a third Core Screen with bar display and lap timer.