Bajaj's Pulsar series is one of the most successful products in the market and the Pulsar fleet includes nine models from the 125cc to 200cc category. And the Pulsar 125 sits at the base of this range, the split seat setup was first seen in 2019 but it was limited to states like Andhra Pradesh, Telangana, Maharashtra and certain Northeastern states.

The new 2020 model has made its way to a dealership in Bihar and it gets split seats along with some cosmetic updates that differentiate the bike from its elder sibling- Pulsar 150. The bike will be offered in drum and a front disc brake option. The cosmetic changes include split grab rails, split-LED taillamp, 'wolf-eyed headlamps', extra stickers and an engine cowl. 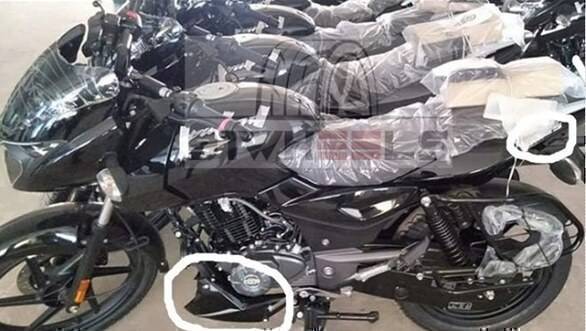 The bike rides on 17-inch tubeless tyres with 240mm front disc and combi braking system. Suspension duties are done by conventional telescopic forks at the front section and nitrox gas-charged twin rear shock absorbers at the rear. The new 2020 Bajaj Pulsar 125 makes 12PS of power and 11Nm of torque, it is powered by a BSVI compliant 124.4cc single-cylinder, air-cooled engine that is mated to a 5-speed gearbox.

The outgoing model is priced at Rs 71,000 ex-showroom and the new model can be expected to get a hike of Rs 2000-4000 over the current version. It comes in colour options such as full black and a combination of black with red and black with blue.