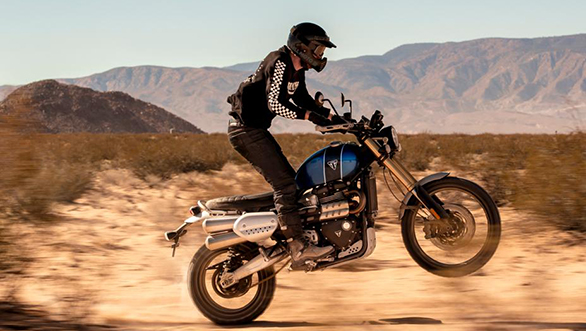 The frame is a tubular cradle but the XE and the XC models of the Triumph Scrambler 1200 have slightly different steering geometry. The XC uses 25.8°/121mm rake trail while the XE uses 26.9°/129.2mm. The two also don't share the same suspension. The XC gets 200mm travel at either end (Showa forks, Ohlins twin shocks) while the XE uses Ohlins suspension with 250mm travel. The rear units are fully adjustable as are the front forks. Braking duties go to twin 320mm Brembo M50s up front and a 255mm read disc. At 205 and 207kg, the XC and XE models aren't very heavy for their class either. The Triumph Scrambler 1200 also represents the debut of (finally) state-of-the-art electronics. Continental supplies the inertial measurement unit (IMU) that makes the magic happen. So you get five riding modes including a custom one and an Off-road Pro mode on the SE that uses a special throttle map but turns off ABS and traction control. The bike also has cornering ABS as well lean-sensitive traction control. A wonderful, customisable colour display with the Triumph joystick (now backlit) controls the system. 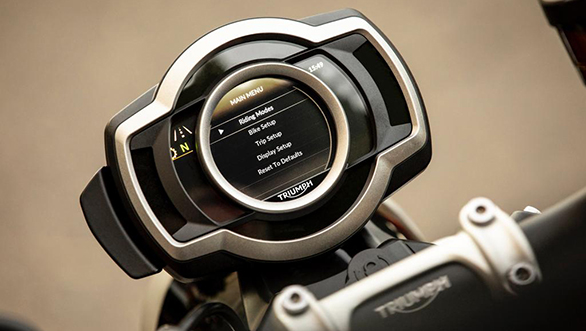 Triumph says they now have Bluetooth access to GoPros as well as Google Maps built in. That means you can use the Triumph switchgear to control a GoPro. The instrument panel can also display basic icon-based navigation information right on the dash off your phone's app. The new Triumph app will help work these features and control music and calls easily according to the company. 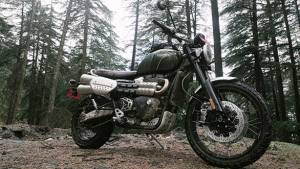 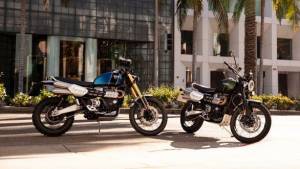 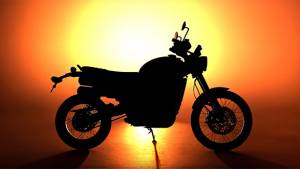