Mercedes Benz has unveiled the flagship SUV - the GLS for the model year 2020. The Mercedes Benz GLS is the S-class luxury sedan equivalent SUV. The updated SUV has grown in size - courtesy a new platform, however, stays in proportion. The length has been increased by 77mm and the width is up by 22mm. The wheelbase of the new GLS SUV has been extended by 60mm. 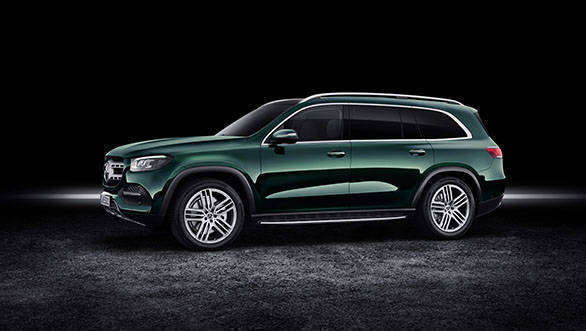 The overall length of the new GLS translates to length 5207mm and has a width of 1956 mm. Although the SUV has grown in size the chaps at Mercedes has managed to bring the coefficient of drag to 0.32. 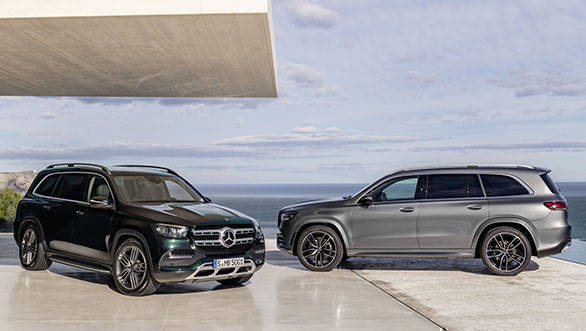 The new GLS features a carwash function which folds in the ORVMs, shuts side windows and the sunroof, suppresses the rain sensor information, switches the climate control to the air-recirculation mode and, after eight seconds, activates the 360-degree camera front image to assist the driver when driving into the carwash. 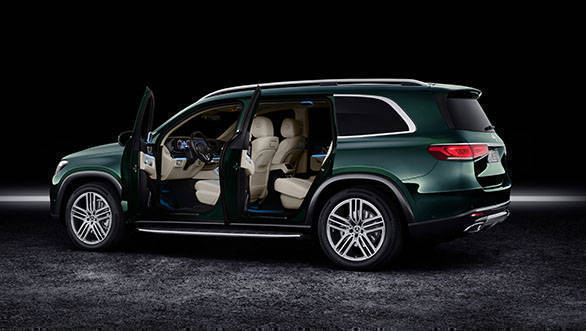 The cabin also features the MBUX (Mercedes Benz User Experience) and gets a total of four screens. 12.3-inch screen for the instrument cluster and the infotainment system and the passengers in the second row (middle-row) get two 11.6-inch screen. All the digital screens are synced with the MBUX system. 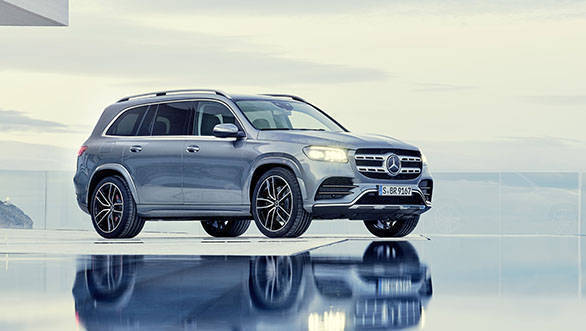 This time around the middle row can be availed with two individual captain seats instead of a bench seat. Also, Mercedes Benz claims that the third-row seats are comfortable for occupants up to Six feet and two inches tall. 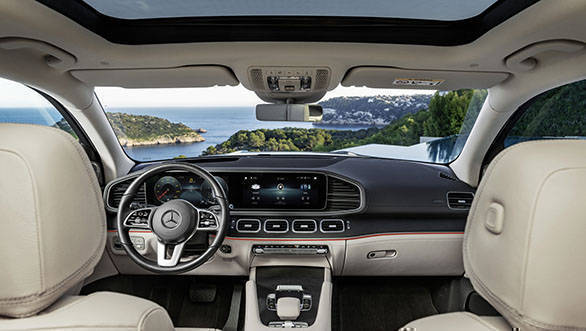 With a new platform, the company also deploys the new in-line six 3.0-litre twin-turbocharged petrol engine that's good enough for 367PS and 500Nm of torque. The higher trim will see a twin-turbo V-8 engine that churns out 489PS and 700Nm of torque. 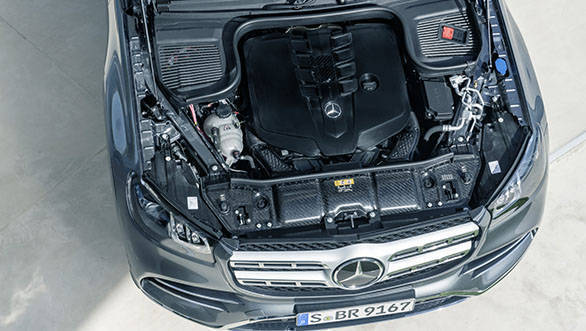 Both the petrol engines are mated with a 48-volt mild hybrid system. All-wheel drive system and a nine-speed gearbox are standard. A diesel variant will be on offer when the SUV lands in the Indian market. The new 2020 Mercedes Benz GLS goes toe to toe with the recently introduced BMW X7. Expect the GLS to be introduced in the Indian market early next year.