In continuation to a move that began last year, Team Ahura Racing will field a nine-member all-women team in the LGB4 category at the 2019 JK Tyre National Racing Championship, beginning July 26. 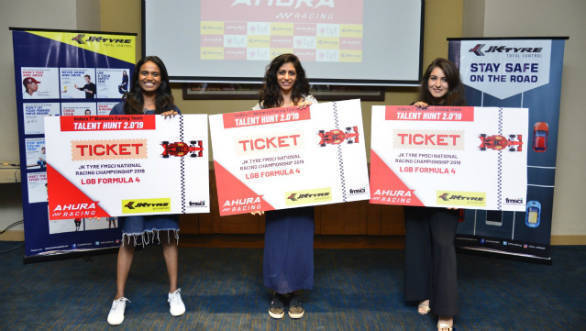 The six new entrants are Natasha Puri and Ojasvi Mehta from Mumbai, Shivani Gaurav and Aman Jubbal from Delhi, Pragathi B from Bangalore and Anushriya Gulati from Dehradun. Team Ahura conducted trials on a zonal basis, choosing Gurgaon (North), Mumbai (Central Zone) and Bengaluru (South) as selection hubs. Over 75 ladies were tested in each zone, who were taken through beginners' and advanced training on karts.

After this, the 20 fastest drivers in each zone were then invited to Coimbatore for the final selection process. Here they were given more training and practice, this time in LGB4 cars, before the final selection. Puri took the top spot, which now gives her a fully sponsored drive in the championship. The second and third place finishers will get subsidised drives.

Joining the six new entrants will be three lady-drivers who competed last year. They too will get subsidised drives. A prominent entrant among these is Manisha Kelkar, a well-known Marathi film actress who competed in one round last year. She will represent a different team in 2019. 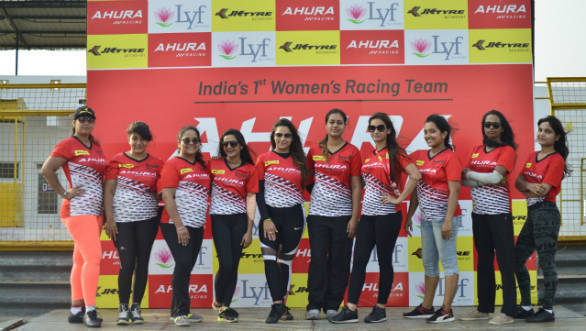 "We are delighted to welcome another all-women's team into the racing family. Last year, progress made by them added excitement to the competition. I am sure this year too they will make a huge impact. This is in tune with our continued policy of drawing young girls into motorsports," Sanjay Sharma, head of motorsport at JK Tyre said of this development.