The German car manufacturer mentions, this special edition model comes with newly developed BMW Individual special paint finish called the Frozen Barcelona Blue metallic that will be used on a BMW car for the first time ever. This paint is complimented with an upgraded BMW Individual High Gloss Shadow Line that will be seen on the side window surrounds and also on the BMW kidney grille frame and slats. The air dam and the tailpipe elements are all finished in black. Additionally, this coupe comes with 20-inch M light alloy wheels with a Y-spoke design finished in jet black. BMW Individual will be also offering optional features such as an M Carbon roof and an M Carbon exterior package. 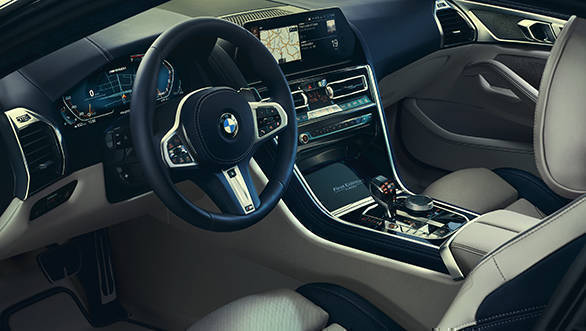 The cabin of the 2019 BMW M850i xDrive Coupe First Edition is also said to be as exclusive as the cabin. It will feature a premium choice of colours and materials for the trims and the seats. The highlight of the cabin will be the full leather trim Merino finished in Ivory White and Night Blue. The other elements include M leather-covered steering wheel, Alcantara roof liner finished in Night Blue. Also, the Coupe gets piano black finish on the trims with the lettering First Edition 1/400, Bowers & Wilkins Diamond Surround Sound System that can be controlled with the iDrive Controller. 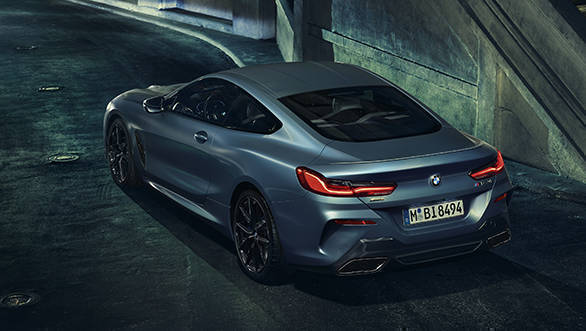 Developed alongside both the BMW M8 and the BMW M8 GTE endurance racing car, the BMW M850i xDrive Coupe comes with a 530PS V8 4.4-litre twin-turbo engine, track-tuned chassis technology and BMW xDrive intelligent all-wheel-drive system. BMW has still not mentioned the prices of the M850i xDrive Coupe First Edition, which we believe will be disclosed in the coming months.