After much guessing and speculation over the look of the 2018 Jeep Wrangler, Jeep has finally revealed the same by releasing a series of pictures. The photos of the 2018 Jeep Wrangler showcase its two as well as four-door configurations. However, Jeep has not yet released any technical information or specifications for the 2018 Jeep Wrangler, but a recent leak of an owner's manual did reveal the petrol engine options. All this information will be revealed at the upcoming Los Angeles (LA) Auto Show to be held later this month. Fret not, as these three images reveal enough to tide you over until then. The 2018 Jeep Wrangler aka the JL Wrangler has detachable doors, top and a foldable windshield, for that essential Jeep look and feel as seen on the two-door Wrangler Rubicon in red. On the four-door Unlimited Sahara version, the character line running along the doors breaks the monotony of flat side panels on earlier models. 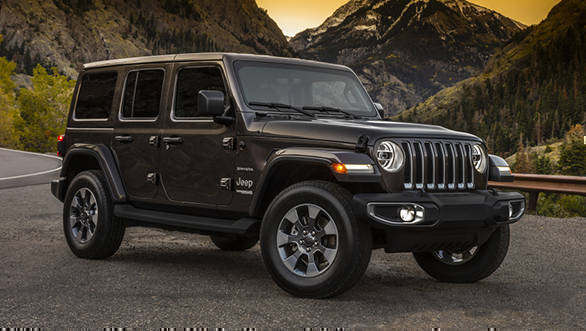 The new LED headlamps recessed into the updated trademark grille add a clean look to the front, while the bumper gets a sleek redesign. Also interesting is that the fuel filler cap is concealed behind a small door, making it safer. The roll bar is not as close to the edge of the body on the new 2018 Wrangler.

This could have been changed keeping safety in mind, as well as to accommodate thicker, quieter hardtop and soft-top panels. The engine transmission and other specifications will be revealed at the LA Auto Show on November 29. As per the leaked information, the 2018 Wrangler will make its debut powered by a 3.6-litre V6 petrol with manual or automatic options and a 2.0-litre turbocharged four-cylinder motor will follow. 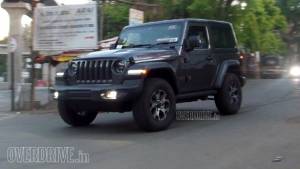 Driving the Rubicon, one of the world's most... 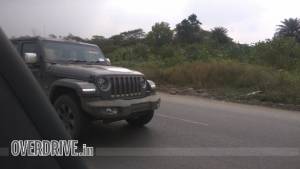