After coming so close to winning at Portugal, Sebastien Loeb might be closer to getting his second victory in the World Rallycross Championship, this time at Hockenheim. If Q1 and Q2 at the German circuit are anything to go by, Loeb might just have an edge on everyone else. He was the top qualified in both Q1 and Q2, making it a very good day for Team Peugeot-Hansen. Also giving the team a reason to smile was Timmy Hansen, who was fifth in the second in the opening two qualifying races. Hansen is also third in the intermediate classification, while his younger brother Kevin Hansen has made it to fourth overall. 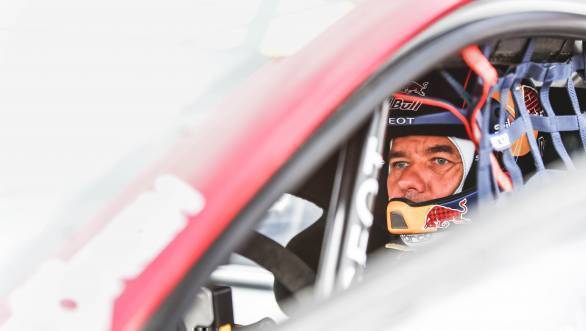 "Today has been a very good day. I first of all had a good start position with pole, here it seems to be quite important. I made some good starts, took the lead in each race and finally I had two clean races. I could do my own pace and it was enough to win both qualifying so that was a great start,' said Loeb.

He went on to say that the car was easier to drive than it had been last year. But also said that his approach to motorsport has always been that it isn't over till it's over, which means that Loeb isn't overconfident about Q3 and Q4, nor the semi-finals and the finals (which he's hoping to compete in).

Second in Q1 and third in Q2 was Swedish driver Johan Kristoffersson, who made it to second in the Intermediate Classification. Unfortunately things didn't go too well for his team-mate at the PSRX Volkswagen Sweden team, with Petter Solberg only managing the eighth-fastest time in Q1. In Q2, Andreas Bakkerud and Solberg tangled, which meant that they finished 21st and 22nd, out of contention for the semi-finals currently, but hoping to improve in Q3 and Q4.