Rajini Krishnan, who won the Malaysian Superbike Championship in 2015, has managed to start his 2017 campaign in the championship rather well. While Rajini managed to score a double podium at Round 1 of the championship, the second round wasn't quite as good, although it did yield one podium.

For Race 1, Rajini had qualified second on the grid, and managed to fight until the last lap for the win. However, he a gear issue on the penultimate lap of the race meant that he had to settle for third place. 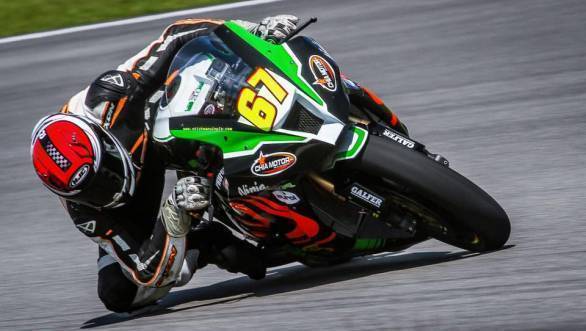 In the second race, Rajini didn't get a good start. He didn't let that bother him too much, because he fought hard and recovered to fight for third place. Despite a very close battle, on the fifth lap of the race, the exhaust pipe on his Kawasaki Ninja ZX-10R sustained damage, which led to him losing speed. Rajini, by his own admission, only just managed the situation and ended the race fourth.

His team-mate, Dinesh Kumar, who is competing in the Malaysian Superbike's Super Sport 250 class had a good weekend. For Dinesh, the matter of setting up the bike correctly and ensuring that the bike was competitive was half the battle. He lost time on Friday, unable to participate in Friday practice due to technical issues. Which meant that he had to head straight for qualifying, where he managed to secure 11th position on the grid. 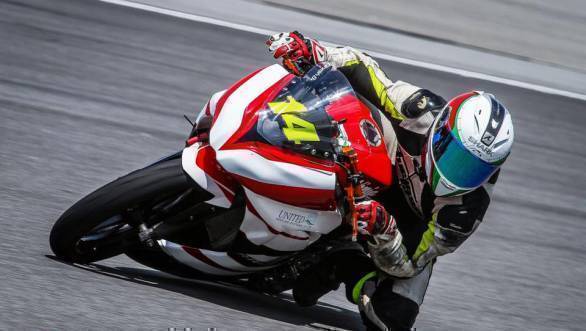 For the first race, Dinesh managed a good start, and climbed his way up into the Top 5 during the first lap. He managed to clock good lap times, but ended up making a few mistakes as he was still adapting to the track. Which meant that he ended the race in seventh position. The second race went slightly better, with Dinesh managing to go one better, securing sixth place overall.