The 2017 KTM 390 Duke was previously caught testing in Spain. This time what has set the Internet abuzz are new spy shots which appear to have been taken at the Bajaj plant in Chakan.

The steel-trellis frame seems similar to the one on the first-generation 390 Duke that is on sale currently. However, the 2017 390 Duke is expected to get an all-new frame as well as a new engine. The said all-new frame is expected to underpin the next-generation RC 390 as well as spawn an adventure tourer version. From the picture, the subframe appears to be new and it is a bolt-on type. The rear footpeg hangers look different as well.

Additionally, what has changed is the fuel tank's shape which is an all-new unit, and the tank extensions are more pronounced and sharper in comparison to the current model. The 2017 KTM 390 Duke seems to have let go of the mid-panels which doesn't hamper the design and ends up exposing more of the orange-colored frame. The fuel tank shrouds appear longer and they could allow more legroom for taller riders. 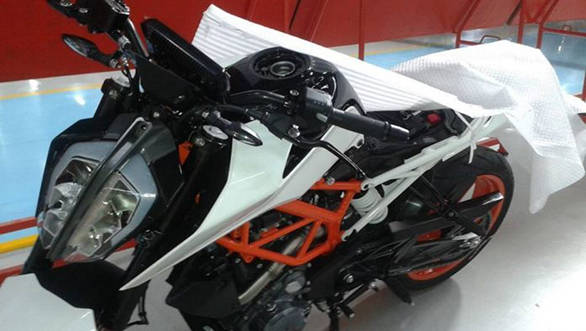 The headlight gets a split design and is expected to come with LED headlamps (which too are sourced locally) along with new LED indicators. There's also adjustable levers, new instrument panel and new switchgear. At the rear, it gets integrated grab handles along with a new tail light section. Also, the stalk that connects the tail piece to the registration plate holder appears to be an aluminium unit. One significant change on the 2017 KTM 390 Duke is that it gets larger 320mm Brembo brakes with ABS. 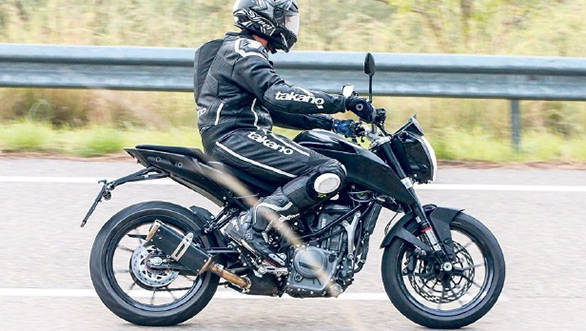 The new 2017 390 Duke could be relatively heavier, thanks to the new exhaust system which will comply with the new emission norms. In order to offset the weight gain, KTM could either use lighter materials for the engine components or bump up the power/torque output to ensure similar to better performance than current model.

We expect KTM to officially unveil the 2017 390 Duke by the end of this year and launch it by early next year. 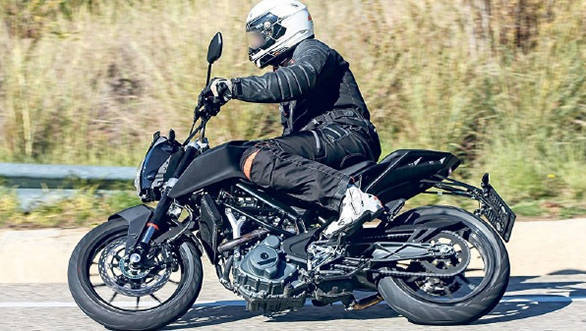