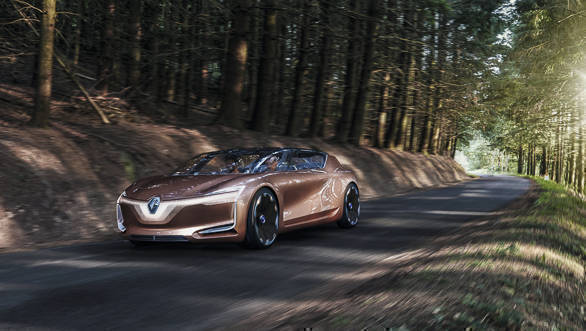 The four-door with as many seats has unique styling. The Symbioz EV has suicide doors with the glass part folding up outwards. To integrate itself to the user's house, the Renault Symbioz EV concept wirelessly connects to the house and functions as a small extra room. The car syncs with the owner's calendar and decides to conserve power by not drawing electricity to charge when no major usage is scheduled. It will also return its charge to the electricity of the house, serving as a backup power supply. Using Internet of Things apps, the owner can also control other appliances and devices at home from the Renault Symbioz EV. 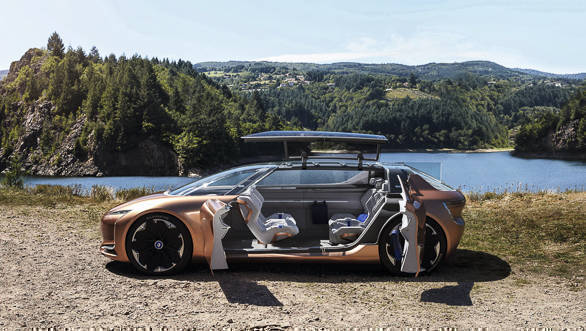 Coming to the driving modes, there are three to choose from - Classic which is akin to the regular driving style of current cars, Dynamic which is a more compact hatchback style mode, and AD which is fully autonomous driving. Within AD mode are three interior layouts - Alone@home, Relax, and French Kiss. The last layout changes the driver's seating to move closer to the passenger for the aforementioned 'non-driving activities'. The Renault Symbioz EV measures 4.7mx1.98mx1.38m (lxbxh). 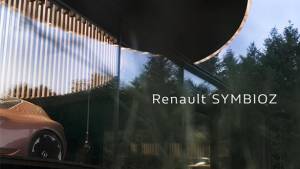