In December 2016, Audi teased images of an upcoming concept vehicle and the company has finally taken the wraps off the new Q8 concept at the North American International Auto Show (NAIAS) in Detroit, USA. The radical concept gives an insight into what a future, full-size Audi SUV would look like. 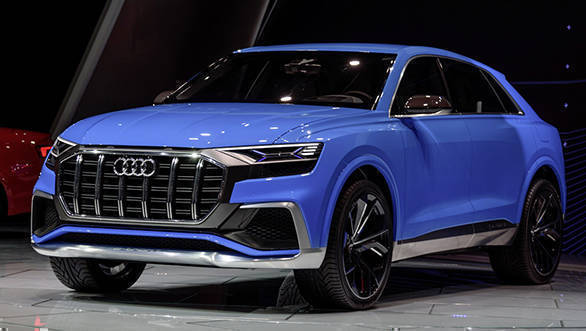 The concept features a bold octogonal grille with chunky vertical slats that adds a dollop of aggressiveness to the concept SUV. The sleek LED headlamps feature X-shaped DRLs and it'll be pretty cool if they make it to the production SUV. Chief designer, Marc Lichte has also ensured that the rear end looks as striking as the front. The LED tail-light runs across the width of the boot which accentuates the size of the SUV and alloy wheel design is eye-catching too. Overall the concept looks stunning, especially in this lovely, Bombay Blue colour.  . 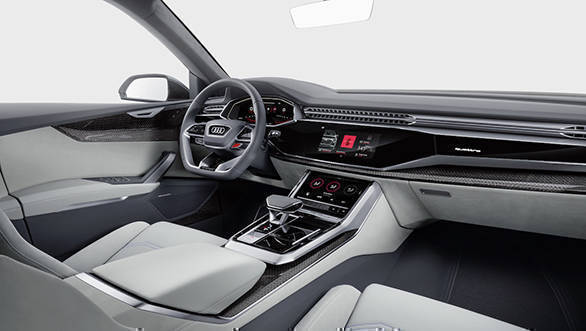 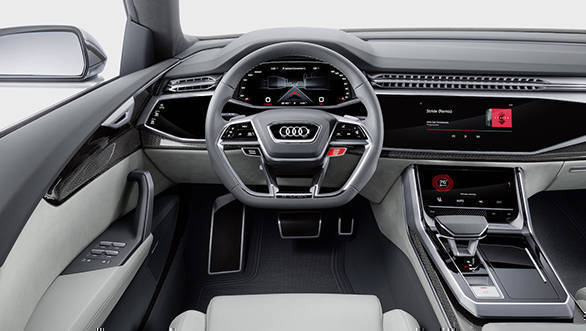 The Q8 Concept also features an equally radical interior, with sharp crease lines lending various geometrical shapes around the cabin. Audi has also replaced conventional buttons with touch-sensitive buttons, just like in a smartphone. Again, this is a concept but with touchscreen infotainment systems being the norm these days, we'll not be surprised if these buttons make it to the next Audi Q range flagship. 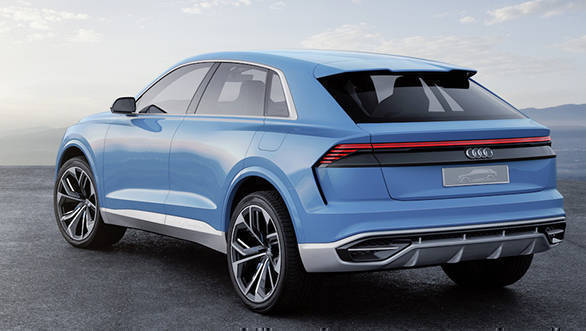 The Q8 concept is powered by a plug-in hybrid system that comprises of a 333PS, 3-litre TFSI V6 engine, paired to an electric motor that develops 134PS. The engine is mated to an eight-speed transmission. Audi claims a 0-100 time of 5.4s which is quite quick for an SUV of this size. The company also states the 17.9-kwh lithium ion battery can solely power the car for 60km.

Audi is also expected to offer some level of autonomy in its new Q Range topper. It'll be interesting to see what the new Q8 would shape up to be in the production avatar. 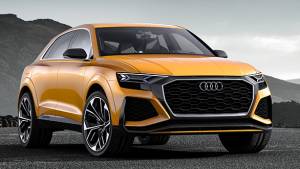