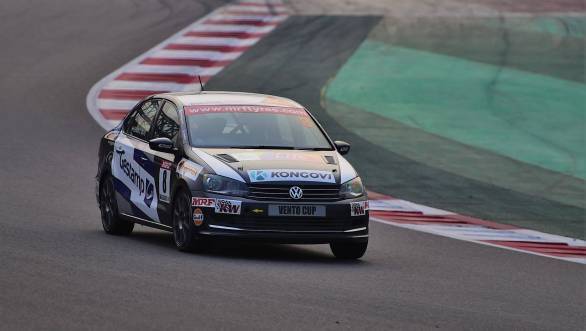 The final round of the 2016 Volkswagen Vento Cup 2016 has begun at the Buddh International Circuit at Greater Noida. And if qualifying is anything to go by, the races are likely to be very exciting too, especially since the championship battle between Ishaan Dodhiwala and Karminder Pal Singh is very close indeed.

During the two practice sessions, Dodhiwala managed to throw down the gauntlet, topping the time sheets and signalling his intent to take home the title this weekend. After which, he also took pole, with a lap time of 2min 25.938sec. 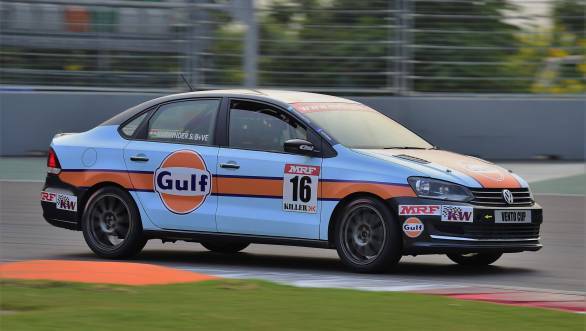 Karminder Pal Singh will start second on the grid

Singh, who is currently second in the championship, will start the first race of the weekend from second on the grid. With just 34 points separating him from the leader, he is determined to give it his all. After all, he's narrowly lost out on taking home the championship over the last two seasons.

Meanwhile, lining up third on the grid, is guest driver from OVERDRIVE Rishaad Mody, who will have his work cut out for him, since Keith Desouza lines up alongside him in fourth place, with a timing of 2min 29.288sec.