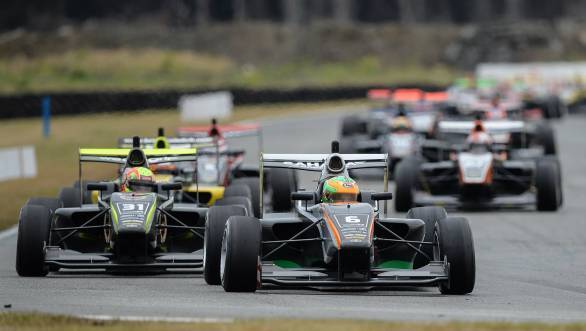 Jehan Daruvala has managed to make quite an impression in the Toyota Racing Series, having already chalked up his maiden Formula Car win in at the first round of the 2016 edition of the championship. At the second round of the championship, at Invercargill, Daruvala managed to claim his second race win in the series during Race 1, although the second race of the weekend didn't quite go his way.

During Race 1, Jehan managed to improve his timings all through the weekend, and ultimately managed to get to the top of the time sheets during the final practice session. Although he lost pole position during Qualifying to Lando Norris, Jehan was just 0.04sec behind the former World Karting Champion. And when the red lights went out, he managed a terrific start to the race, overtaking Norris at the very first corner. He then took the race lead for the first lap, although Norris managed to find a way past him on the second lap once again.

However, a Safety Car period changed things once again. During the restart of the race, Norris took off into the lead, while Jehan, try as he might, could not get close enough to make an overtaking manoeuvre on the driver ahead of him. With more racing incidents, and two red flags, things finally tipped in the favour of the Indian driver. Jean managed to make a move around the outside of Lando, claiming race lead and soaking in the pressure to take the chequered flag 0.3 seconds ahead of his British rival. 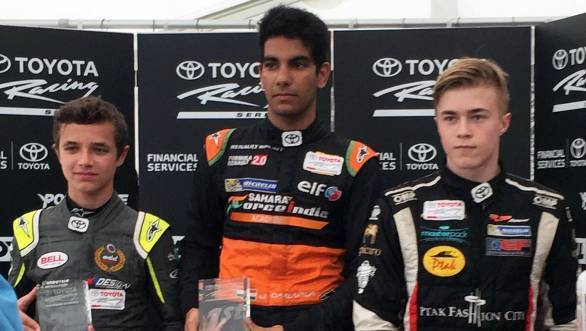 During the second race of the weekend, Jehan lined up fourth on the grid due to the reverse grid format for the top four finishers of the previous race. While Jehan made a decent start, he was soon passed, and had to settle for fifth place. It wasn't something he could overcome. Which meant that while Pedro Piquet took the race win, Daruvala had to settle for a fifth place finish.

Race 3 proved to be even more of a challenge. Starting from seventh place Jehan managed to move up to fifth place, temporarily. However, when he tried to overtake once again, he slipped down the order to sixth. However, after the Safety Car was brought out due to a racing incident, Jehan managed to good restart. He found himself up in fourth place. Then, unfortunately, after taking evasive action to avoid the car ahead of him, he lost all power and wound up in seventh place. Another Safety Car period meant that Jehan had a fighting chance once again. At the restart, he
Race 3 was chaotic for Jehan for various reasons. He made a good start from seventh on the grid and overtook two racers to move up into fifth. His next overtaking move turned out to be unsuccessful and he fell down to sixth, before another incident then brought out the Safety Car. Even though Jehan made a good start once again, with the top three cars entering C1 side by side, contact between the other two racers meant that they nudged the back of Jehan's rear wheel, which spun him around. He ended the race seventeenth.
"It has been a mixed weekend. I had a fantastic race yesterday which was my 2nd win. Importantly for me, I now have the pace and my starts have improved. Race 3 feels like a bit of a missed opportunity after I was hit from behind. But that is racing, and I now have to focus on the upcoming events. " said Jehan after the last race.

The next round of the championship will be held at the Hampton Downs Circuit.